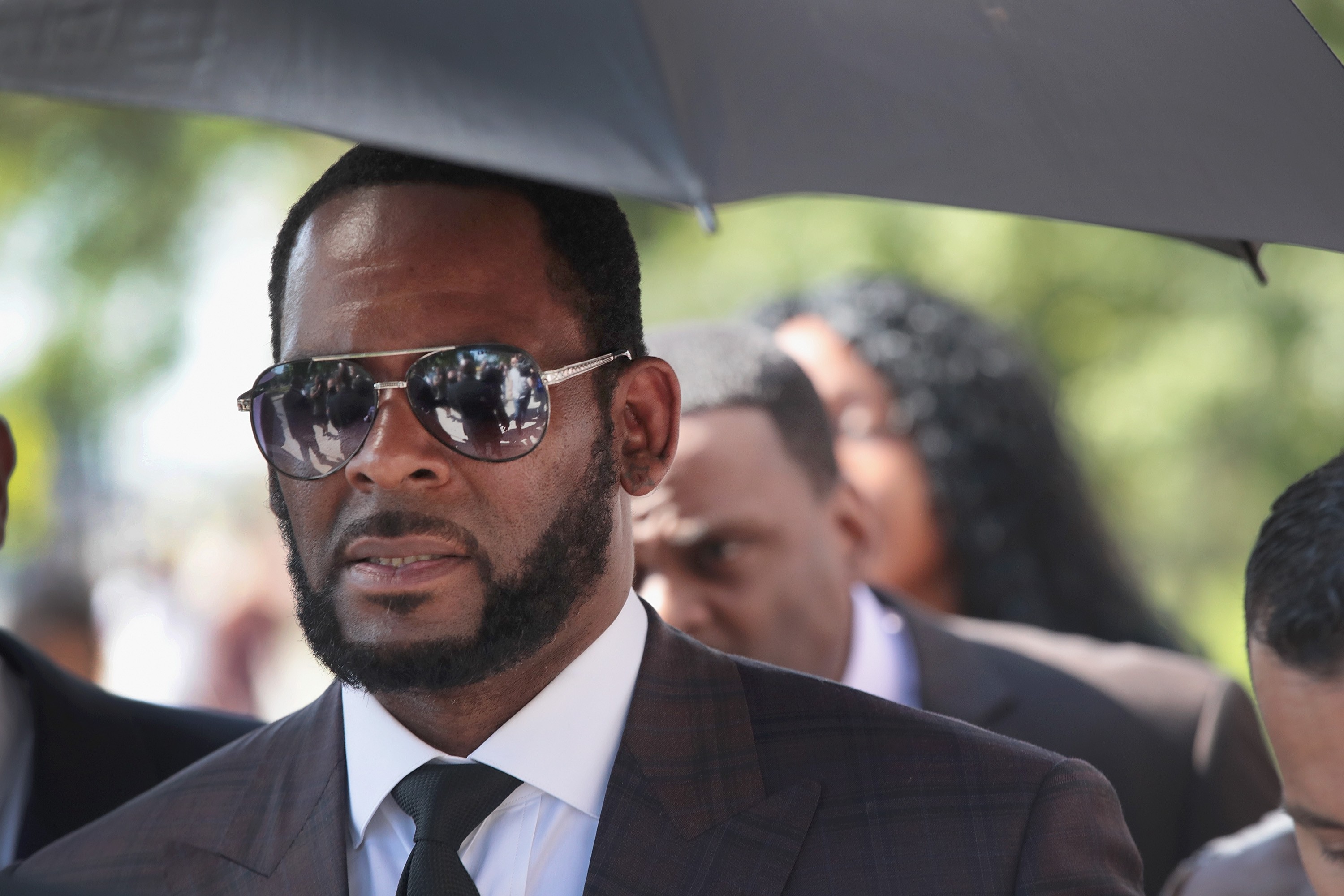 R. Kelly’s trial in Illinois for federal charges of child pornography, enticement, and obstruction of justice is tentatively scheduled to start on April 27, 2020. It will be the first time Kelly faces trial for alleged sex crimes since he was acquitted in 2008 on child pornography charges, a case in which he now stands accused of paying witnesses to withhold testimony.

A district judge announced the trial date today during a hearing that Kelly attended wearing orange jail clothes. Kelly was arrested in February and has been held at a Chicago correctional facility since June. Azriel Clary and Joycelyn Savage, two women allegedly living with the singer against their will, also attended the hearing. He has pleaded not guilty to all charges.

Kelly faces up to 195 years in prison if convicted on all charges in the case. He has also been criminally charged in three separate cases in Illinois, Minnesota, and New York. Those charges include criminal sexual assault, kidnapping, racketeering, underage prostitution and solicitation, and more.