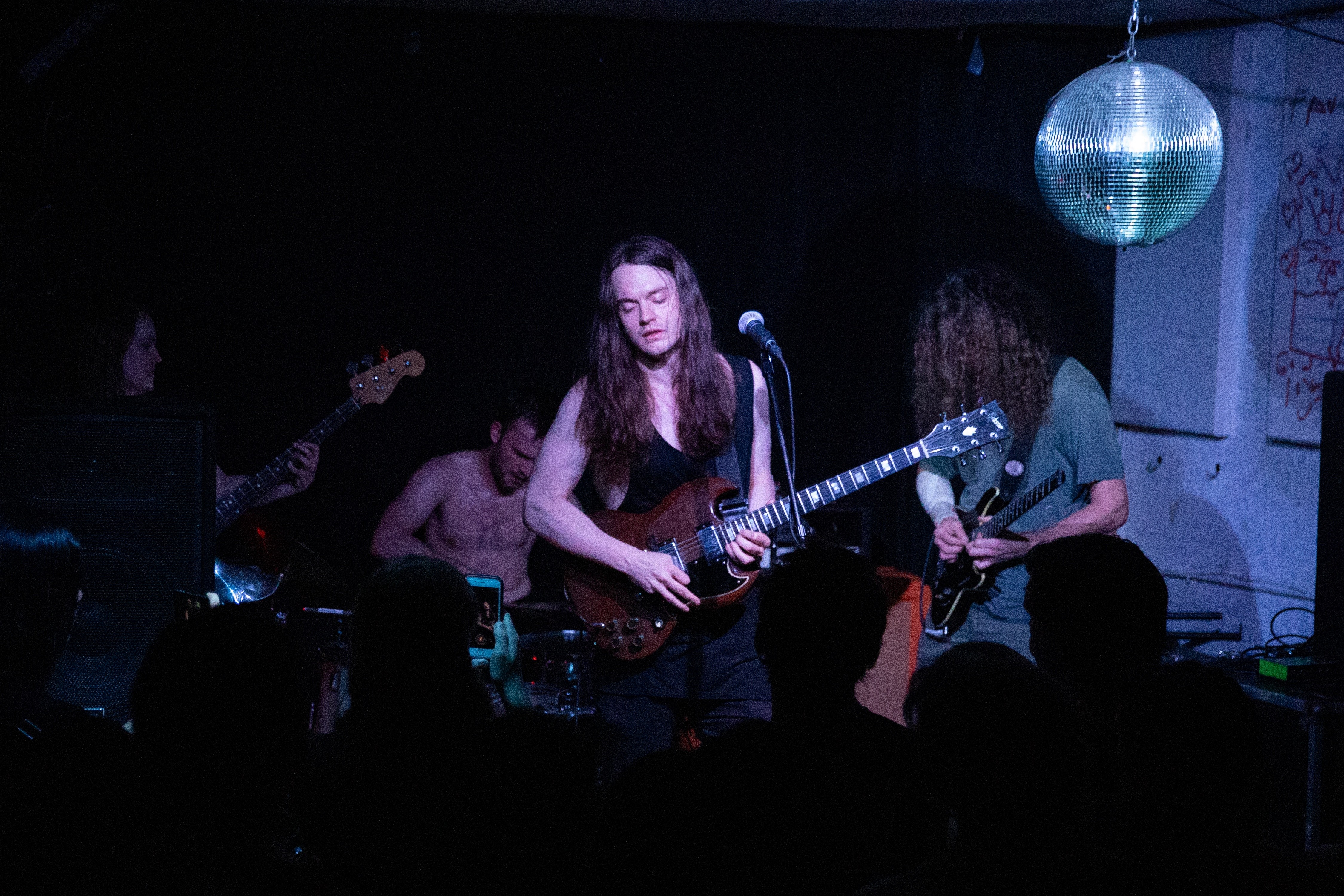 Liturgy have announced a tour coming up this fall, and released a new single called “God of Love.” It’s the Brooklyn metal act’s first new song since 2015’s The Ark Work, which we named the best avant-garde album of that year.

The band are playing Market Hotel in Bushwick this Friday, September 6, with support from Deli Girls, Child Abuse, Sadaf, and TBHQ. Come November, they’ll play six shows on the West Coast, starting in San Diego on the 9th and wrapping in Seattle on the 20th. Five of those are straight-up Liturgy shows, but the show on November 16, at REDCAT in LA, promises something entirely different—a special performance of Hunter Hunt-Hendrix’s “multi-disciplinary opera,” Origin of the Alimonies. A press release describes the show thusly:

It follows OIOION and SHEYMN, a pair of divine beings whose thwarted love tears a wound from which civilization is generated, producing the Four Alimonies of the intelligible universe and the task of collective emancipation. This performance is the prologue to a multi-part opera cycle titled OIOION featuring video, choreographed movement and a twenty-piece amplified chamber orchestra comprising Liturgy and the Sonic Boom ensemble.

Hunt-Hendrix debuted the opera last fall at National Sawdust in Brooklyn. Find the full list of Liturgy’s upcoming tour dates below, and find “God of Love” below.

Try to Make Yourself a Work of Art: Liturgy’s Extra-Metal Ambition

Review: Liturgy Won’t Be Your Thinkpiece Anymore on ‘The Ark Work’