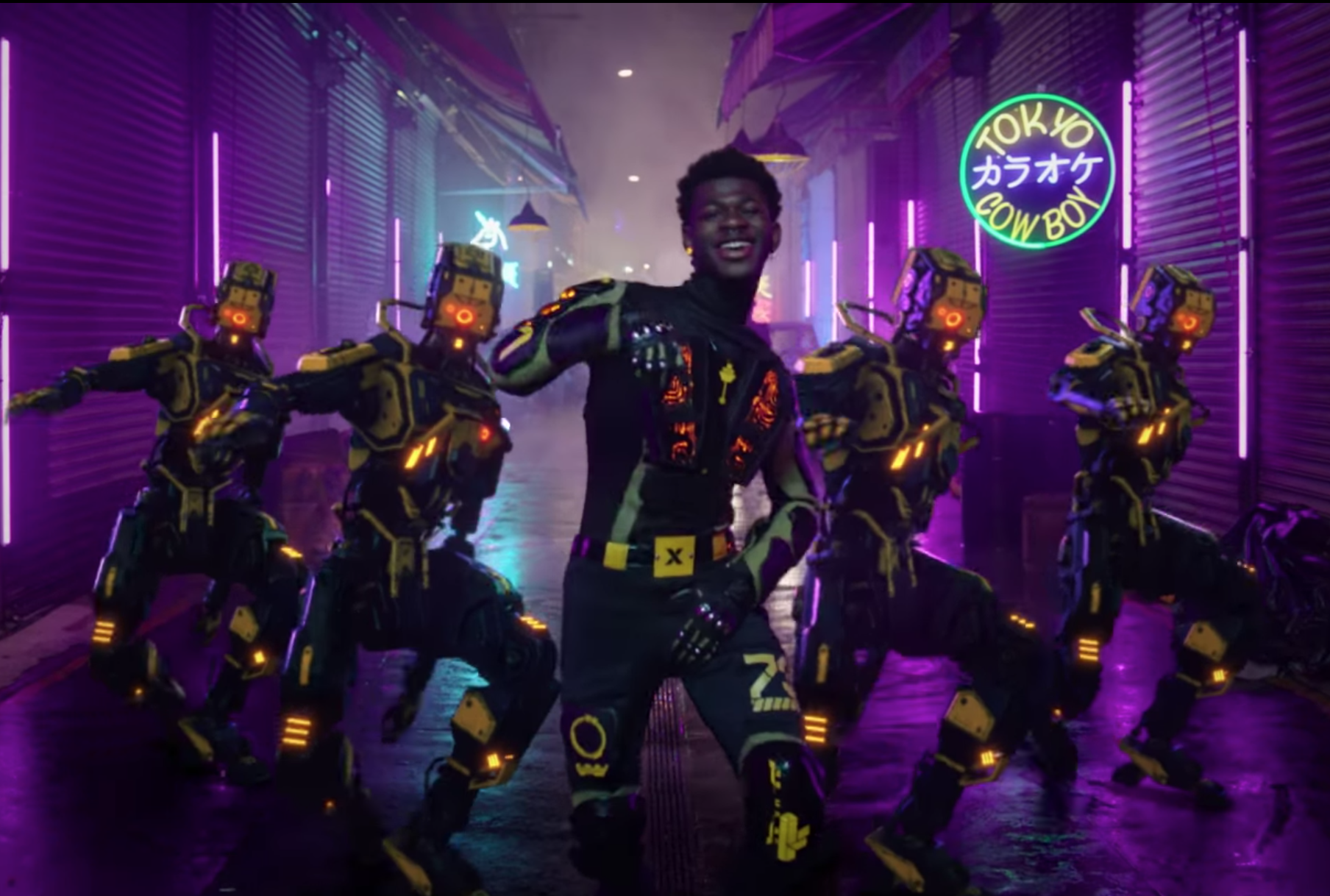 Lil Nas X has released the official video for his song “Panini,” the second single off of his 7 project following the blockbuster smash “Old Town Road.” In the proudly expensive-looking video, Lil Nas pops up in the form of life-size Blade-Runner-style ads (or is it more A.I.?) in a dystopian city, chasing around a poor young woman who seems like she just wants to get away from him. The video culminates in Lil Nas dancing with some very convincing-looking robots.