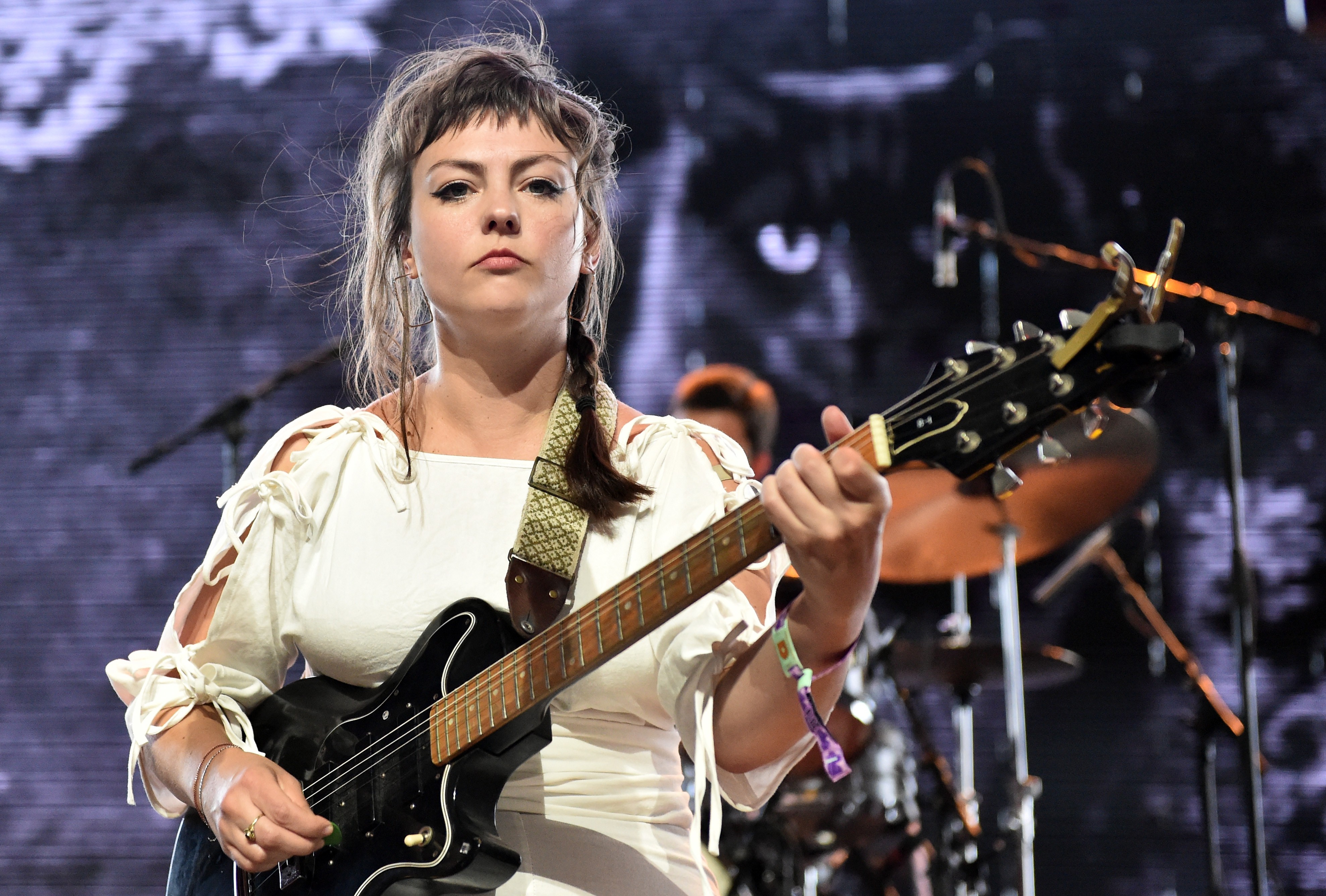 On her first three albums, Angel Olsen had trouble loosening her grip. “I have a lot of issues with control,” says the 32-year-old singer-songwriter. But for the expansive All Mirrors, out Oct. 4 on Jagjaguwar, the Asheville, N.C.-based artist opened up her inner circle, recruiting string arrangers Jherek Bischoff and Ben Babbitt.

“It was a really testing process for me,” she says, “but really rewarding.” Olsen also shares how a more collaborative process, and her early studies of piano theory, actually worked in her favor.

Ahead of recording All Mirrors, Olsen laid down bare-bones solo versions of each song on guitar. But once in the studio, she saw the songs were changing form so drastically and felt compelled to learn them on piano — the first instrument she ever played — as well as guitar. “As a kid, I learned theory for so many years,” she says. “But eventually, I just started memorizing all the songs — my piano teacher was pissed.” Going forward, she says, she’s less inclined to pick up her guitar first and now considers from the start if piano is a better fit.

While going over arrangements, Olsen says she listened to the recently departed avant-garde pop legend “as an example of how you can use strings in a dissonant way for a melodic song.” She points to 1969 track “It’s Raining Today” as a prime example: “I knew I wanted something big and epic and different than the stripped-back versions I had done solo.” As a result, she says Bischoff, who has “slept on floors and played punk shows,” and her friend Babbitt, who also plays bass, guitar and synth on the album, created a “world of dark clouds around my songs.”

When Olsen lived in Chicago, she frequented venues like Hungry Brain, Gypsy Jazz (where a friend of hers would play) and restaurant/bar Ethiopian Diamond, where she saw acts like the Hypnotic Brass Ensemble. “I really am in love with and obsess over Mildred Bailey and Lil Green,” says Olsen. “I missed making or hearing that kind of music.” As a result, she used horns on her upcoming album — something she had never done before. “I have these connections with people I’ve known over the years, and I wondered how open they would be to it.”

Olsen enlisted John Congleton (Lana Del Rey, St. Vincent) to executive-­produce All Mirrors, but with her collaborators spread across the globe, she assumed a curatorial role for the first time in her career. “I’ve never had to communicate so much about so many things on a record,” she says of assembling an album without being in the same room as everyone. Bischoff, for example, was composing an opera for Theater Basel in Switzerland. “All of the pieces were coming in one by one,” she says. “It’s the first time I made a record where nothing was completely planned out.”