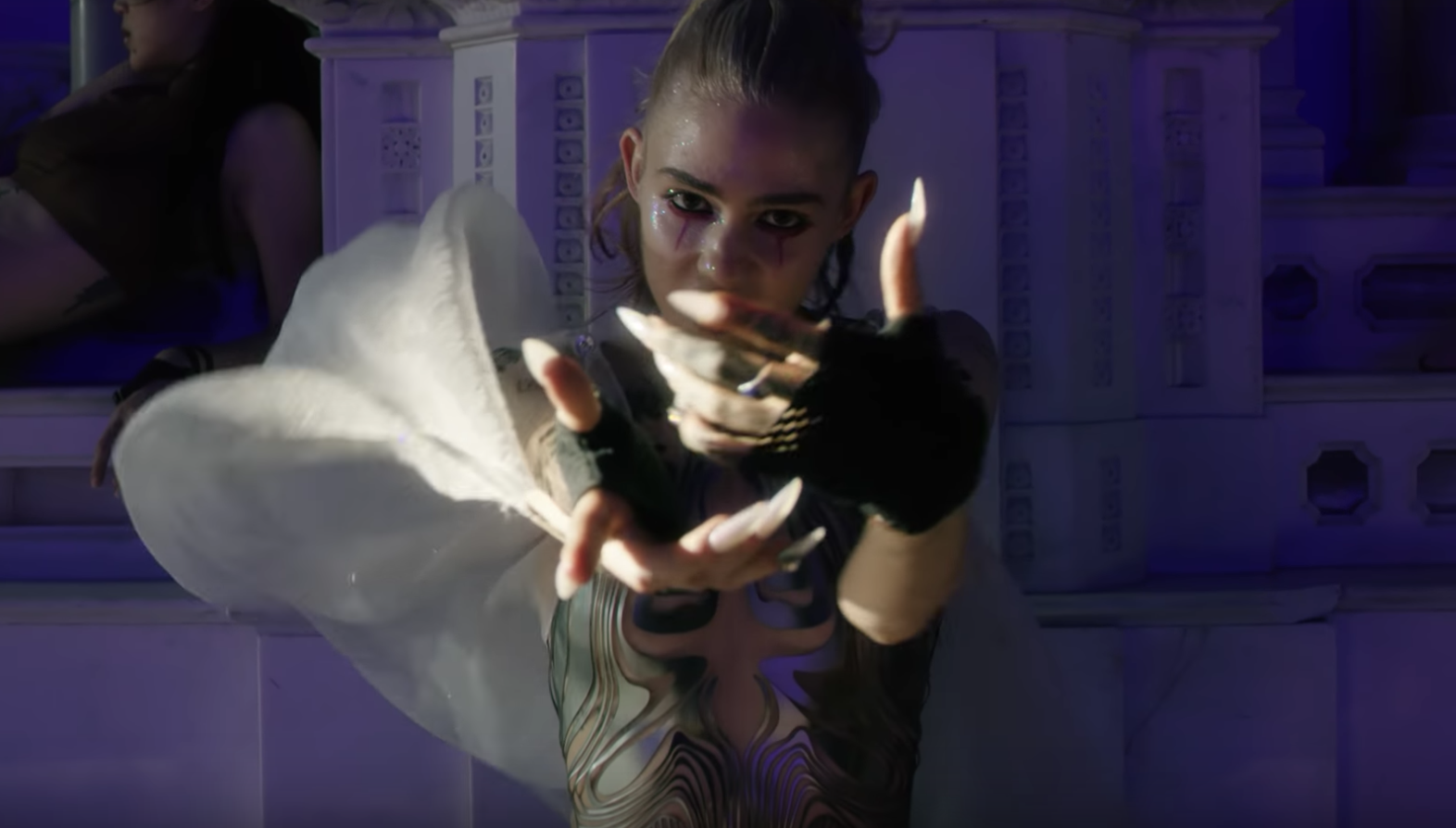 Grimes has released a new single called “Violence,” in a collaboration with the producer i_o. It also arrives with an accompanying video directed by Grimes, which opens with her reading Sun Tzu’s The Art of War to the soft breeze of a wind machine before exploding to choreography featuring a collection of backing dancers. Surgical masks and swords also enter into the picture.

Earlier this year, Grimes announced that her next album would be a concept album called Miss_Anthrop0cene, and last month, she said that the first single from the record would arrive on September 13. There’s been no indication as to whether “Violence” will be included on the album. Grimes’ last release was March’s “Pretty Dark,” which she said was a demo for a planned “AR musical.” She put out the HANA-featuring single “We Appreciate Power” in November, and a BloodPop remix of the track in January.

Watch the video for “Violence” below.