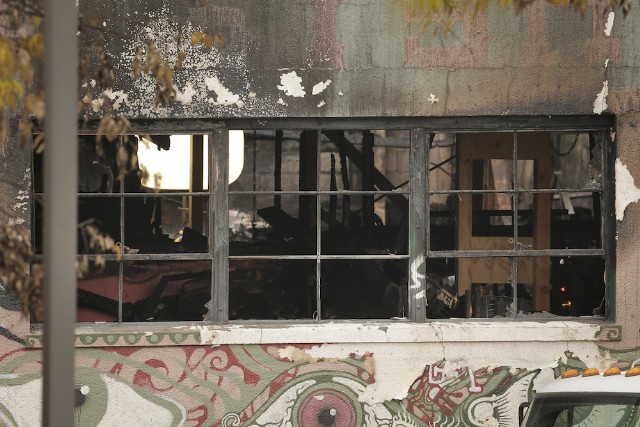 A trial for two men facing charges for their roles in an Oakland warehouse fire that killed 36 people in 2016 has concluded with an acquittal for one defendant and a mistrial for the other defendant. The jury could not reach a decision on Derick Almena, the so-called Ghost Ship building’s leaseholder who was described by prosecutors as the master tenant. Max Harris, described as Almena’s right hand, was acquitted. Both men faced 36 charges of involuntary manslaughter and a maximum 39 years in prison.

The fire happened during a dance party for the 100% Silk record label on December 2, 2016 at a commercially permitted warehouse that Almena was accused of illegally converting into a ramshackle live-work space for artists. Electricity was reportedly wired into the building from an adjacent auto shop and a staircase was built out of wooden palettes. Prosecutors described the space as a “death trap” and alleged that Almena failed to provide smoke detectors, fire alarms, sprinklers, and other required safety equipment. The building’s landlord claimed they did not know anyone was living inside.

Almena and Harris were arrested in 2017. Both pleaded no contest last July in a deal that would have given Almena nine years in prison and Harris six years in prison, but a judge rejected the agreement after victims’ families criticized the sentences as too lenient. The jury reached today’s decision after a three-month trial and a deliberation process that began in July. “I’m just stunned,” the brother of one victim told The New York Times after the verdict was announced. “I feel sick to my stomach.”

Ten jurors voted to convict Almena and two were opposed, one of Almena’s defense attorneys told the Times. The possibility of a new trial will reportedly be discussed during a hearing next month.