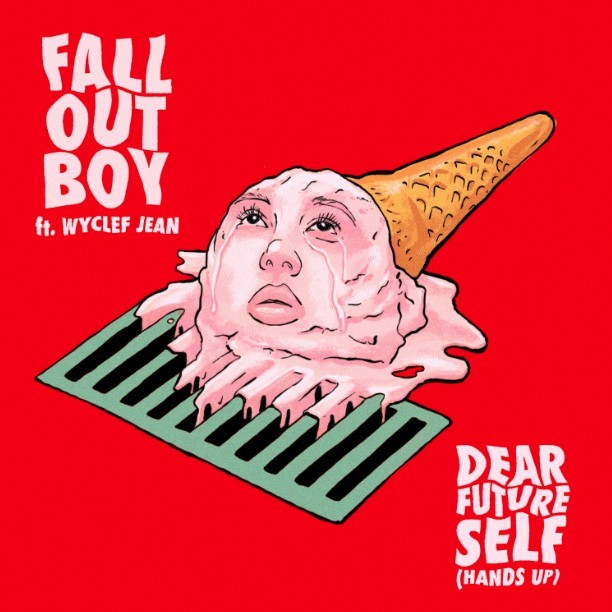 Fall Out Boy have released a new song, “Dear Future Self (Hands Up),” featuring Fugees  alum Wyclef Jean. The emo darlings released the new track on social media while announcing the forthcoming Greatest Hits: Believers Never Die – Volume 2 collection, which is out on November 15. The first Believers Never Die collection dropped in 2009 before going on hiatus.

“I think we’ve always been big fans of Fugees and Wyclef,” Fall Out Boy bassist Pete Wentz told Zane Lowe on Lowe’s Apple Beats 1 show. “He’s got an incredible sense of melody that’s kind of out there. It’s like you can tell it’s a mix from all over kind of the globe, which is cool, and super inspired by seeing my kids and that they just listen to song, to song, to song, to song and it’s going from Queen to Little Uzi to you know…”

In addition to the forthcoming hits compilation and the new single, Fall Out Boy are part of the just announced monster Hella Mega stadium tour featuring Green Day and Weezer. Check out the tour dates here.

Greatest Hits: Believers Never Die – Volume Two can be pre-ordered here. Pre-orders include pre-sale ticket access to the joint Green Day and Weezer tour, aka the Monsters of Rock tour for indoor kids.

Listen to “Dear Future Self (Hands Up)” below.