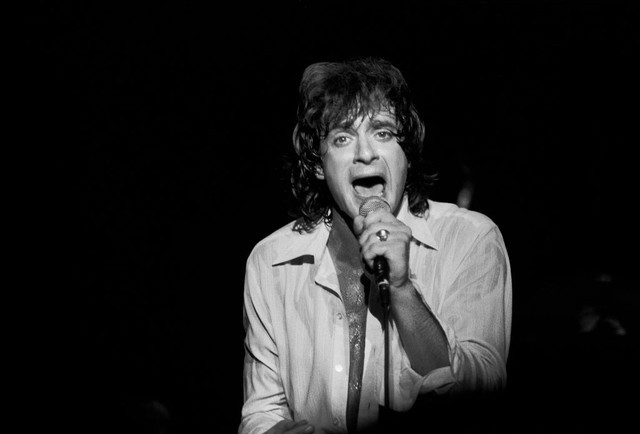 Eddie Money, the big-voiced rock belter who had a string of huge hits in the ’70s and ’80s, has died. Money had recently announced that he’d been diagnosed with with stage 4 esophageal cancer. Variety reports that Money, according to a statement from his family, passed away this morning. He was 70.

Eddie Money was born Edward Joseph Mahoney in Brooklyn, and he came from an Irish Catholic family where most of the men worked as police officers. Money himself was a New York cop for two years, but then he quit the force and moved to Berkeley, California, where he became a nightclub singer. Money became close with legendary Bay Area concert promoter Bill Graham, and he signed to Columbia and released his self-titled debut album in 1977. That LP produced two big hits, “Baby Hold On” and “Two Tickets To Paradise.” “Two Tickets” only reached as high as #22 on the Billboard Hot 100, but it has endured as a rock-radio staple and probably as Money’s signature song.

Money kept cranking out hits through the ’80s. On the early days MTV, he was a constant presence — a schticky and cartoonish feathery-mulleted rock everyman who existed at the exact midpoint between David Lee Roth and Huey Lewis. During those years, Money scored his biggest-ever hit with 1986’s “Take Me Home Tonight,” an eternal singalong that featured former Ronettes leader Ronnie Spector. (It peaked at #4.) Money was scoring top-40 hits as recently as 1991.

In more recent years, Money has been tirelessly playing the nostalgia circuit and putting out independent records; his most recent album Brand New Day came out just two months ago. Money was treated for alcoholism in 2001, and he got into a very strange beef with a former drummer a few years ago. Last year, Real Money, a reality show about Money and his family, debuted on AXS TV.

Below, watch some examples of Eddie Money at work.