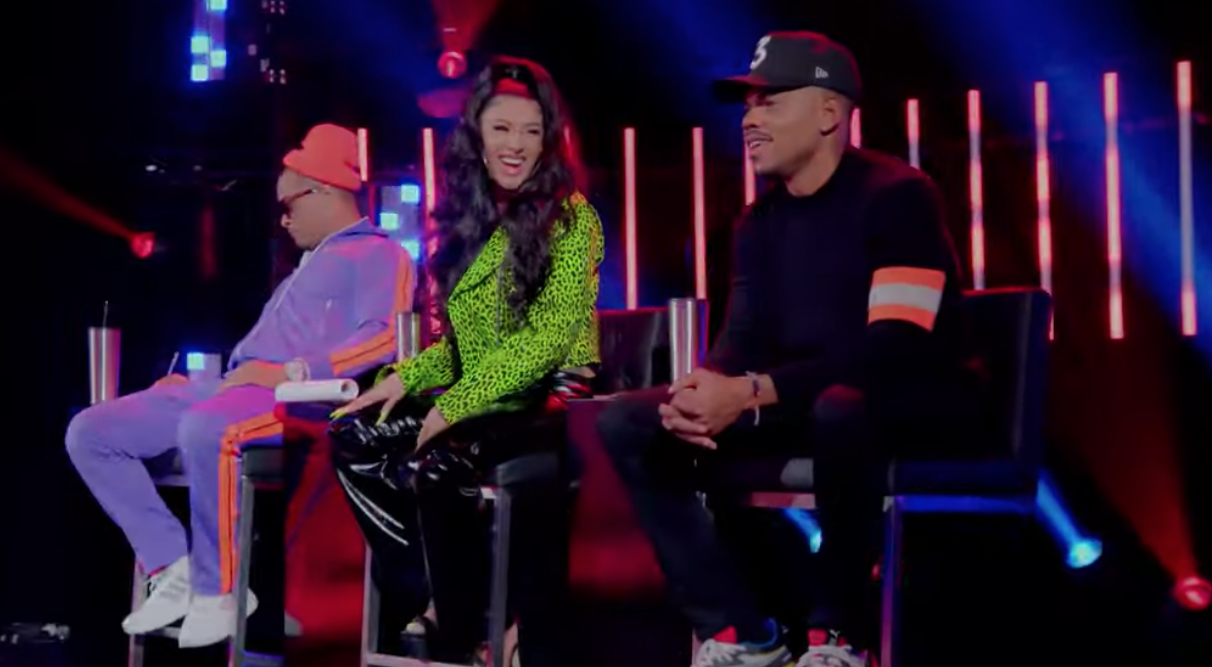 Cardi B, Chance the Rapper, and T.I. will each appear in Netflix’s new hip-hop competition Rhythm + Flow. While the 10-episode series was initially announced last year, the show has now been given a new teaser trailer, which was revealed during Cardi’s set last night at Made in America festival in Philadelphia, as Rolling Stone points out.

“Creativity doesn’t have blueprints,” Chance says in the teaser. Viewers get an early glimpse of the competition stage, with Cardi, T.I. and Chance shown soaring around the world on private jets, strategizing for the competition back stage, and eventually seated in front of an audience as the show’s judges. Cardi puts it best when she says: “It’s gonna be lit-y like a fucking city.”

The series will include 10-episodes shown across a three-week period, premiering on Netflix on October 9. The show’s first four episodes focus on individual city auditions in four locations known for their regional styles of hip-hop: New York, Los Angeles, Chicago, and Atlanta. From there, hopeful contestants will compete in various cypher, rap battle, and music video challenges as the judges eliminate contestants and finally declare a victor.

Watch a teaser trailer for the series below and catch the rest of the Made in America live stream, which continues into tonight at Philadelphia’s Benjamin Franklin Parkway, here via Tidal.