Video: Billie Eilish – “all the good girls go to hell” 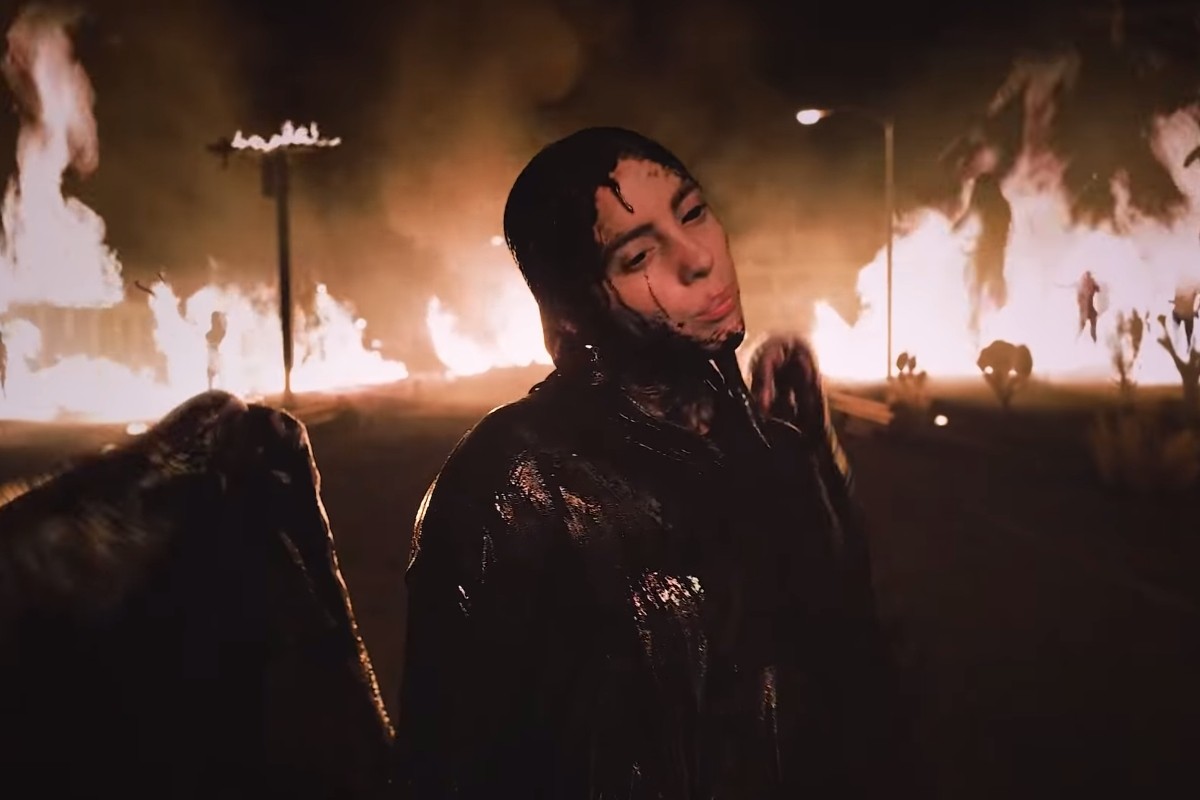 Teen pop sensation Billie Eilish has released a new music video for “all the good girls go to hell” from her breakout debut album When We All Fall Asleep, Where Do We Go? The visual features the singer as a winged demon covered in oil who falls from the sky and skulks down a burning road while shadow women dance in the flames.

Eilish included an accompanying statement that suggests the video is a metaphor for climate change and urges fans to participate in this month’s Global Climate Strike:

right now there are millions of people all over the world begging our leaders to pay attention. our earth is warming up at an unprecedented rate, icecaps are melting, our oceans are rising, our wildlife is being poisoned and our forests are burning. on september 23rd, the UN will host the 2019 Climate Action Summit to discuss how to tackle these issues. the clock is ticking. on friday september 20th and friday september 27th you can make your voice be heard. take it to the streets.

Eilish previously released videos for When We All Fall Asleep, Where Do We Go? cuts “bury a friend” and “bad guy.” The latter single became the singer’s first No. 1 hit last month, dethroning Lil Nas X’s “Old Town Road,” in part boosted by a Justin Bieber remix.

Watch Eilish’s “all the good girls go to hell” video below.