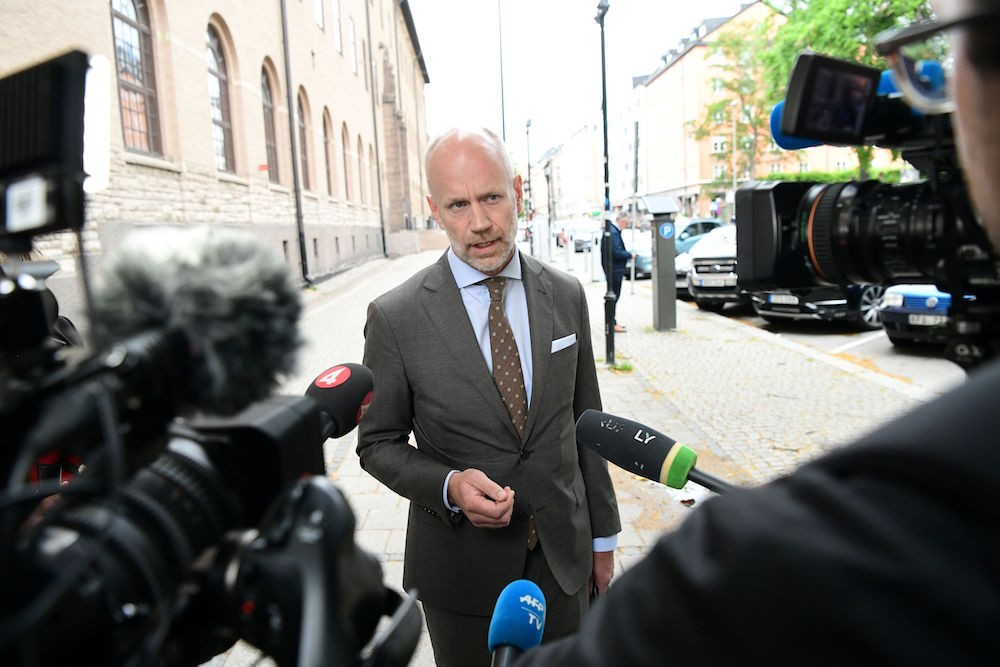 Henrik Olsson Lilja, a high-profile Swedish lawyer who represented A$AP Rocky in the rapper’s recent assault case, was shot in the head and chest while leaving his apartment in downtown Stockholm Friday morning. Lilja’s current condition is unclear, but according to TMZ sources, he called the police himself after the attack. There’s also no indication that the shooting was related to Rocky’s case.

Several suspects have already been arrested in the case, according to the Daily Mail, but the gunman himself is still at large. One of those arrested was reportedly a woman, also an attorney, who had previously been banned from contacting Lilja. Neighbors reportedly saw Lilja wrestling with a man who later drove off in a waiting SUV.

Lilja initially represented Rocky when the rapper was arrested on misdemeanor assault charges for a street fight in Stockholm in June, but was replaced by another lawyer before the trial began. Rocky served more than a month in jail awaiting trial. He was found guilty, but not sentenced to any additional jail time. The rapper’s current lawyer announced this week that he would not appeal the verdict.