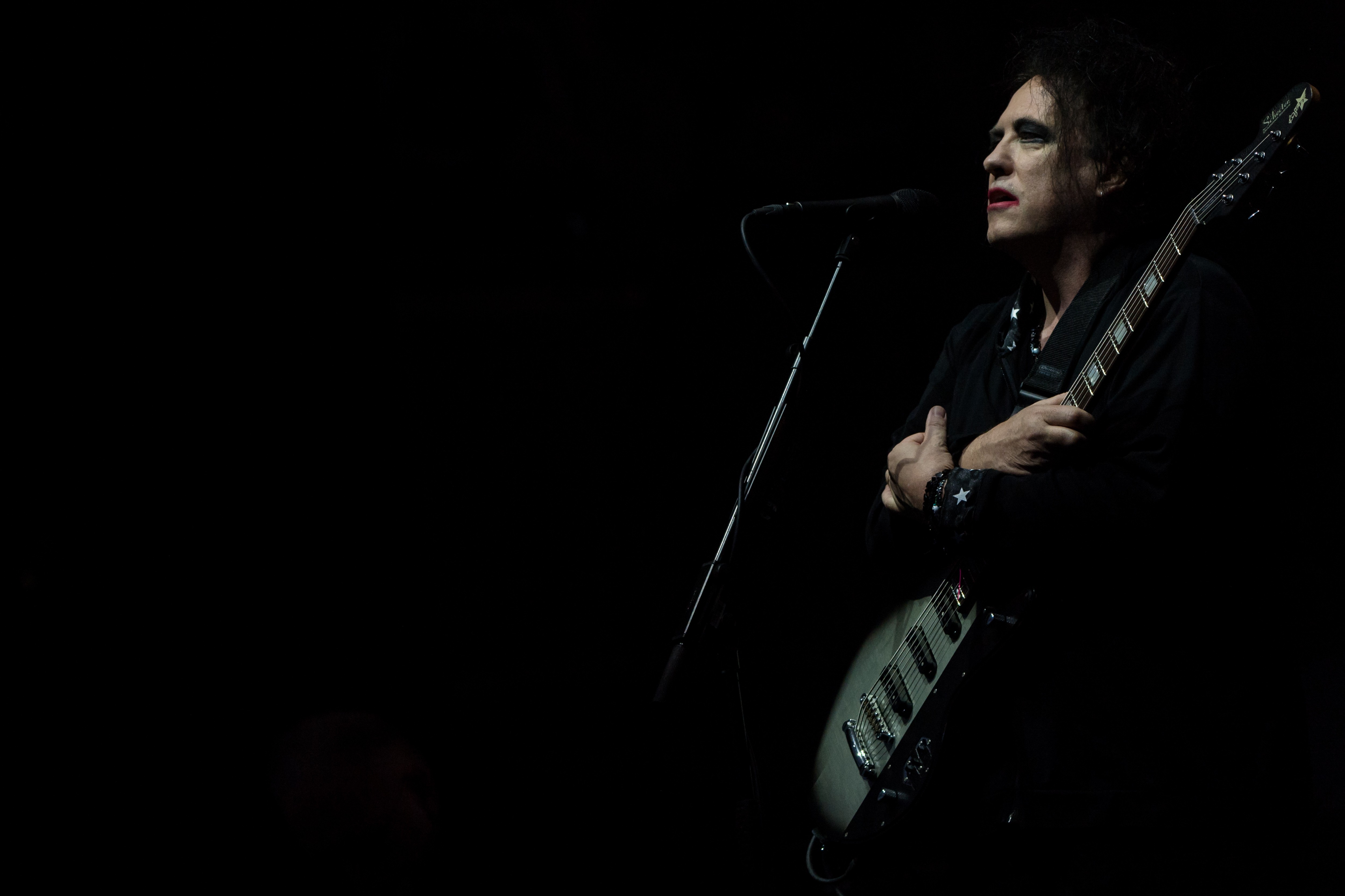 The Cure have shared a new clip from their upcoming double-concert film 40 Live – CURÆTION-25 + Anniversary. In the video, the band performs “Disintegration” from their show at London’s Royal Albert Hall for the Meltdown Festival, curated by frontman Robert Smith. It’s a perfectly gloomy performance of the title track for their seminal 1989 album, and a good tease for fans awaiting the concert films’ release.

40 Live – CURÆTION-25 + Anniversary is a CD/DVD package of two separate concert films/ live recordings from the band: the first movie, CURÆTION-25: From There To Here | From Here To There, captures the aforementioned Meltdown Festival show and shows the band showcasing the evolution of their sound by performing one song from each of their 13 albums in chronological order. They also played a couple of new, unreleased music during that same set.

The second movie, ANNIVERSARY: 1978-2018 Live In Hyde Park London, was recorded during their massive 40th anniversary concert from July of last year and appeared in theaters for a very limited run last month. Both concerts will be available for audio only as well. 40 Live – CURÆTION-25 + Anniversary is set to arrive on October 18. The Cure were recently inducted into the Rock n’ Roll Hall of Fame by Trent Reznor. Watch the band perform “Disintegration” below.