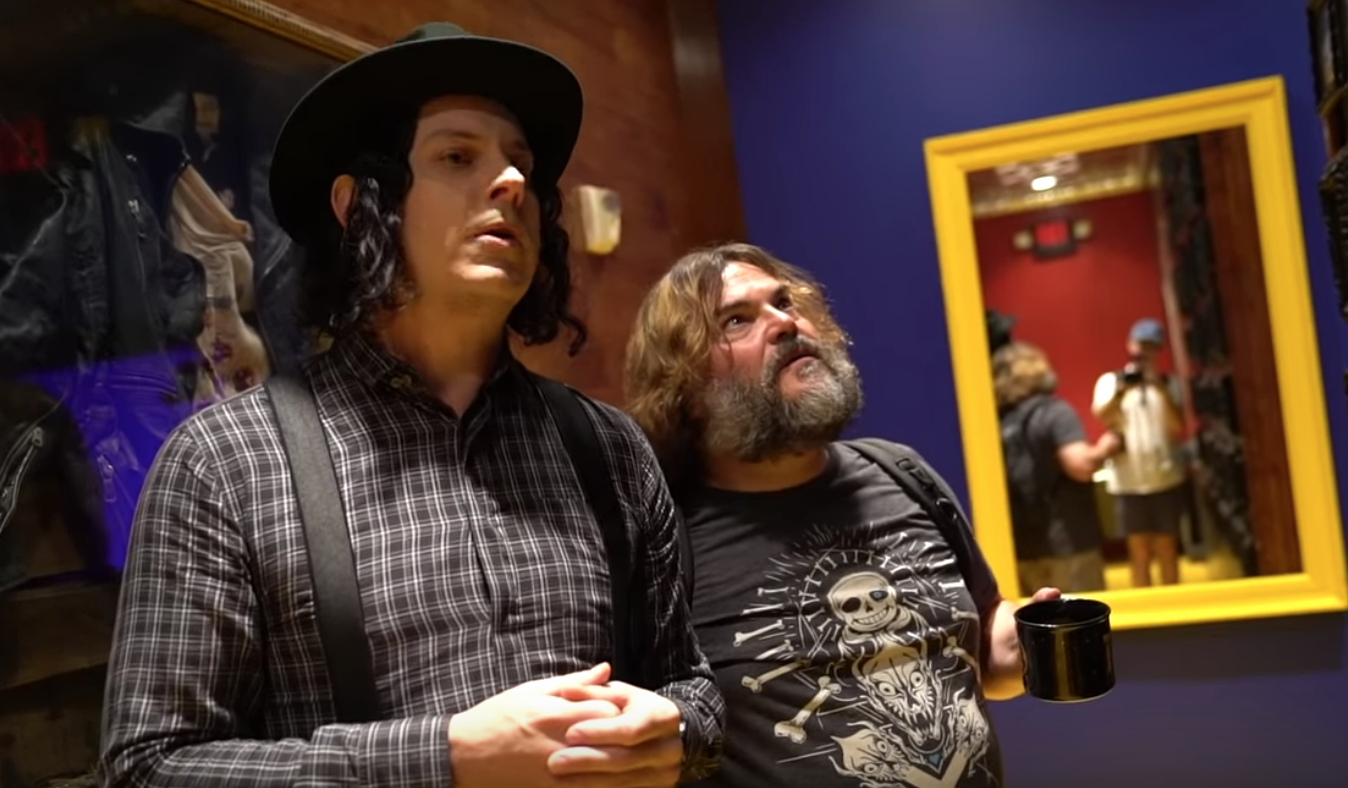 Jack Black recently revealed that he had recorded a new collaboration between Tenacious D and Jack White. The two acts posed for a few memorable photos, and during a recent Tenacious D show in Nashville, let slip that they met up with White at his home in Nashville to record a new song. Now, Black and his Tenacious D bandmate Kyle Gass have released a new vlog documenting their meet up with White, as Consequence of Sound points out.

Appropriately titled “Jack Gray,” the video follows Tenacious D through their tour stop in Nashville, which includes footage of their trip to the Third Man Records headquarters and White’s home studio. “We’re heading over to Jack White’s house to record a single,” Black says in the video. “Me and Gass have been working on a jam—it’s not quite done, but I think that’s where Jack White comes in and helps us pull it over the finish line. This is a legendary collaboration.”

Unfortunately, no cameras made it into the recording session, so actual audio of the recordings will be revealed at a later date. But the pair stuck around for photos, joking around with White as they posed together in front of an electric-blue backdrop. Check it out below.