“You know they have, like, a beehive upstairs?” Roman Roy mutters to Kendall early in the second episode in Succession’s second season. The brothers (played by Kieran Culkin and Jeremy Strong, respectively) are scrutinizing the offices of Vaulter, the digital media property that their father’s company, Waystar Royco, acquired during the series’ first season. Projections of the site’s trending lifestyle blog posts surround them (including “Is Taylor Swift Secretly Marxist?”). Roman continues: “Is that, like, a business model: conflict porn and hipster honey?” The episode quickly sets up a clear picture of the kind of company Vaulter is: a millennial-forward content farm, bloated thanks to a couple of rounds of generous VC funding. It’s an archetype is familiar to viewers with even modest awareness of the digital media landscape, or who have perused a listicle after Googling for information about something; there’s no need for the writers to delve into too much detail.

In “Vaulter,” both over-ambitious media startups and the pitiless businessmen who chew them up and spit them out are played for the grimmest possible laughs. As an all-too-credible exploration of the worst antics of the corporate American one-percent, Succession’s plots usually revolve around financial and ideological deregulation in some form. But the episode is one of its most eerily specific and timely investigations to date, embodying everything that makes the show so idiosyncratic and effective. It’s also a candidate for the best portrayal of the state of modern journalism seen on scripted film or television in at least the past five years.

In the episode, Kendall and Roman are tasked with investigating the situation with Vaulter, consulting with the site’s snide and ruthless CEO Lawrence (Rob Yang). Last season, Lawrence seemed to think he could exploit Waystar’s organizational tumult and dated priorities to gain leverage at the organization. He also clearly believed his brand was untouchable—valued in the public eye and by investors, ahead of the curve while Logan Roy (Brian Cox) and his maladjusted sons were on the way out. Ultimately, though, Royco made Lawrence an offer he couldn’t refuse, and the digital media landscape changes very quickly.

Kendall and Roman have been set loose on Vaulter because Logan worries that he “might have acquired a giant pile of bullshit.” It’s quickly clear that he was right, at least from a business perspective. Though culture blogs like Vaulter are crucial to contemporary media conglomerates’ portfolios, their actual utility is largely subjective—that is to say, they are usually more important from an optics perspective than a financial one. Therefore, once acquired, sites like Vaulter must continually make themselves still seem worth the continuing investment to the people who own them—for instance, by demonstrating short-term growth in a fashion that looks impressive in the context of a PowerPoint. 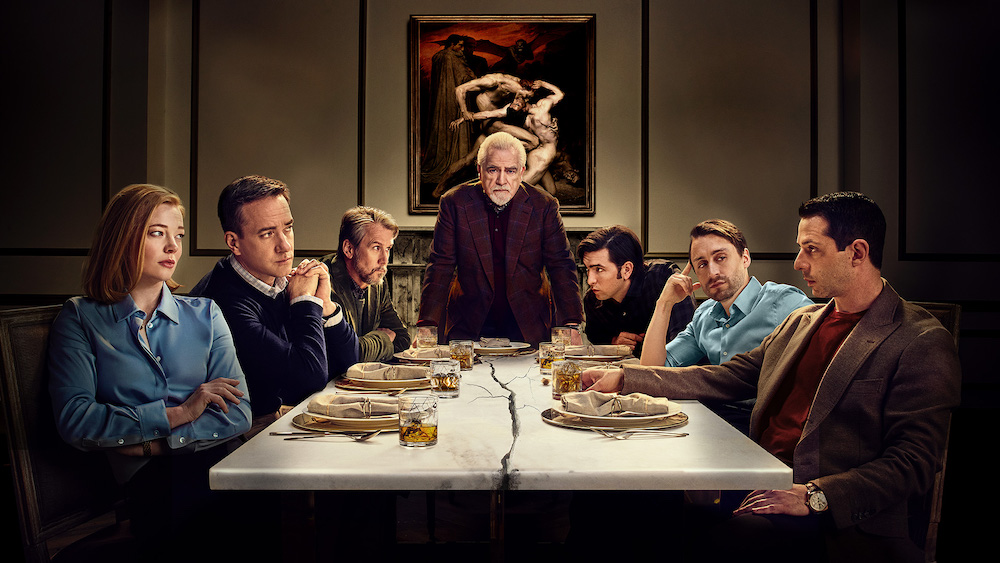 The problem in “Vaulter” is that its eponymous brand has clearly gotten too big for its britches. The implication is that the site is in crisis mode, or at the cusp of it: attempting to jack up traffic by any means necessary, chasing trends rather than finding new stories, aiming for “solid” numbers at the expense of their credibility as a brand. Eventually, a desperate Lawrence informs Kendall that the site’s effectiveness has been stunted by a change in the “Facebook algorithm.” (This, of course, is a real issue that sent many digital media companies into a tailspin a couple of years ago. A recent HuffPost post-mortem on the downfall of Mic—a hip multi-vertical publication once valued at over 100 million that was ultimately sold for $500,000—explains how the site grew rapidly based on “gaming Facebook” for engagement. Once the platform began to restrict the reach of the site’s posts, Mic higher-ups “decided to start throwing everything that wasn’t guaranteed to generate virality under the bus,” as one staffer put it.) 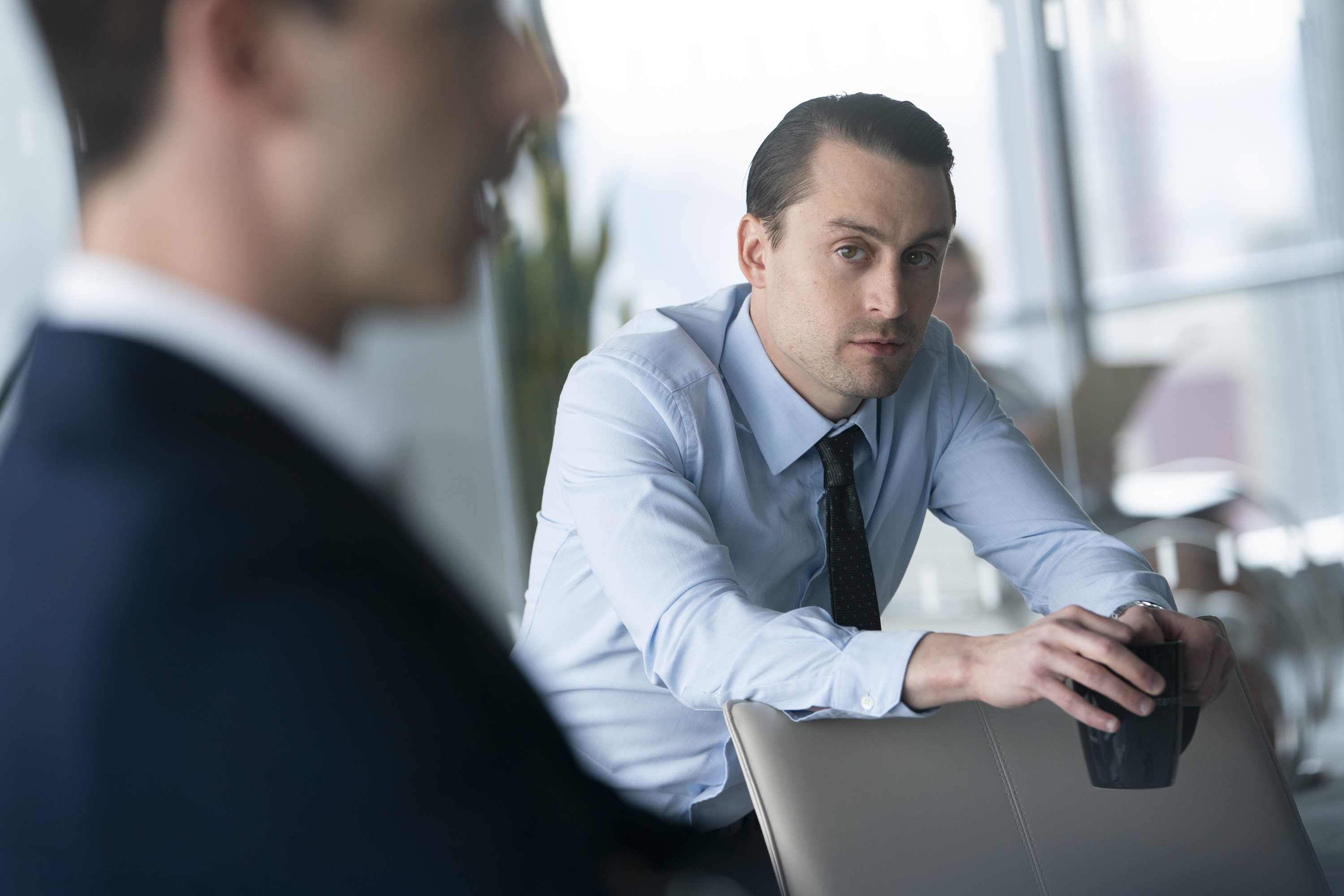 After a cursory glance, Roman—impatient, sadistic, anti-intellectual, anti-liberal— sees no reason to bother with putting Vaulter on life support as it scrambles to find a new traffic lodestar. He asks Gerri (J. Smith-Cameron) if the company could “pivot to video,” but she explains that they’ve “tried that already.” Even though he can see that the company is a mess, Kendall initially takes a more holistic and sympathetic view of the situation. “It’s still a killer business: the platform, the brand, ethos and culture,” he explains to his father in a meeting. “All they need is adults in the room: accounting team, analytics team, investments…we burn $50 million the next few years.”

Of course, Logan Roy scoffs at that last part. He is the most uncompromising type of media mogul, in large part because he is old-fashioned. (Roman notes at one point that Logan continues to fund the production of “Xerox machines in the Philippines.”) He despises unions—Roman has discovered Vaulter staffers are talking to the Writer’s Guild—and remains unable to gauge what exactly it is that the site “does.” Deciding to shut it down is an easy decision for him. And as we know from the finale of the show’s first season, Kendall is no longer in a position to challenge his father on anything.

The most harrowing part of the episode, then, is the pep talk Kendall gives to the Vaulter staff, after his meeting with his father, to gently dissuade them from unionizing. It’s a way of stalling for time while Waystar figures out how to seize the archives and the site over to their control, though we’re briefly allowed to entertain the idea that Kendall may actually be trying to save the company and defy Logan. Kendall promises “a pay bump” and serves up team-building platitudes: “Let’s try to figure this out inside—keep it in the Waystar family. Now go back to your desk and generate 5, 10, 100 ideas and hit me and my man here up,” gesturing at an defeated-looking Lawrence.

In a climate when so many digital media companies are being reorganized by new leadership and moving to unionize, it’s easy to relate the episode to countless mini-crises of the last couple of years. Recent reporting on the new leadership at G/O Media (formerly Gizmodo Media Group) describes new CEO Jim Spanfaller’s stentorian, editorially questionable, and often strange directives for the company’s sites, which include Deadspin, Jezebel, Gizmodo, Splinter, and the A.V. Club. (Under Spanfeller’s direction, a survey about reader satisfaction was posted on Deadspin without consulting its top editors; allegedly, one of his hires later told Deadspin’s leadership to “stick to sports.”) After 25 top staffers were laid off in April—directly following promises of no layoffs—Spanfeller wrote to staffers that the rationale for the blood-letting was “not performance driven but rather process motivated.” Read and re-read, the phrase is meaningless; there’s no polite way to say “we don’t care how ‘good’ the work you did is; it is not winning us any favors from advertisers.” Kendall’s first speech has the same empty, equivocating quality.

Waystar’s choice in “Vaulter” is whether to overhaul “process” within the company in the manner of the Spanfellers of the world—or, perhaps, poachers of underperforming smaller brands like Bryan Goldberg—or to simply cut their losses and “gut” the place like a fish, to use Logan’s preferred verbiage. Coked out and dead-eyed, Kendall delivers a second speech—the one that really needed to be delivered to the staff in the first place—very shortly after the other, faux-encouraging one. The hundreds of people working for Vaulter are all fired and told they need to clear out of the office in 15 minutes. Vaulter, the now-former employees are informed, will continue to exist with the oversight of just one editor and five interns. The company will “fold in” the verticals that actually do well—“Food and Weed”—and maintain the domain name to exploit the archive for all its worth.

To those who don’t keep up with media news, this might all seem like exaggerated Batman-villain behavior. We are used to seeing the Roys being wretched to service people and business competitors, but seeing Kendall coldly destroy the livelihoods of a whole room full of young and eager employees he doesn’t know feels like a new brand of horror. In truth, the episode only marginally exaggerates the reality for many media companies who have either been shuttered or reduced to a shadow of themselves after acquisition. Mixing a nuanced take on one of America’s most doomed industries with its typical air of high melodrama, “Vaulter” stands as one of Succession’s best episodes to date, illustrative of what makes the show so engaging and discomfiting—a sterling example of its merciless, 360-degree approach to sociopolitical and cultural satire.