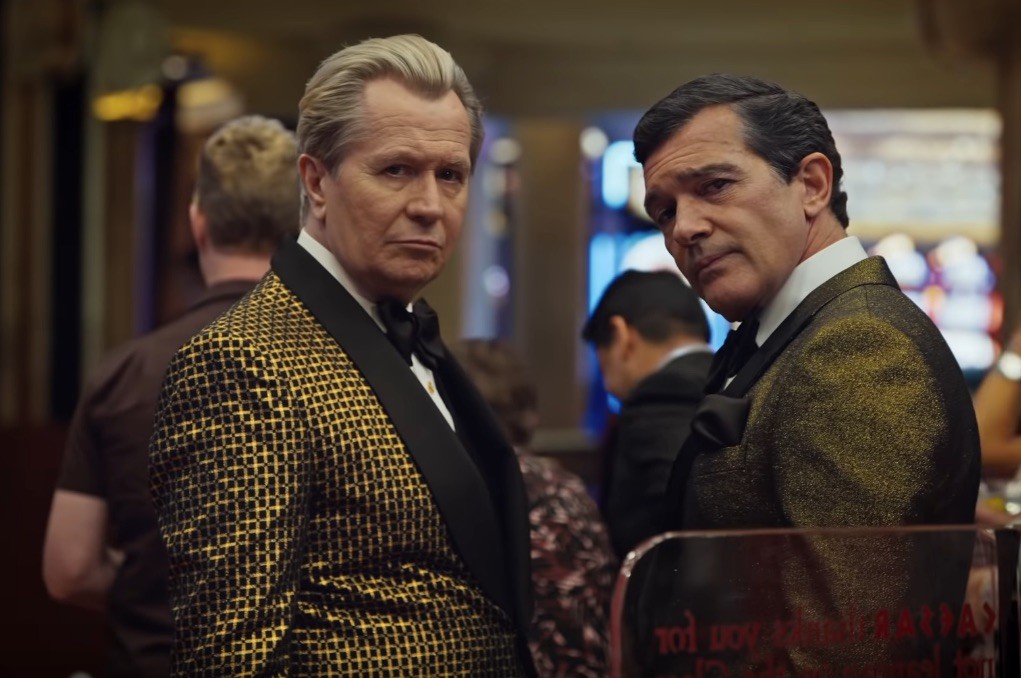 Netflix has just released a new trailer for the upcoming film The Laundromat, directed by Steven Soderbergh, which tells the story of the Panama Papers scandal and the Panama City law partners who helped the uber-wealthy evade taxes.

The new film stars Meryl Streep as grieving widow Ellen Martin, who becomes the victim of insurance fraud and tries to investigate the situation, leading her to the sketchy business of Jürgen Mossack and Ramón Mora, played respectively by Gary Oldman and Antonio Banderas. The movie also features David Schwimmer, Jeffrey Wright, and Sharon Stone.

Based on the trailer, the movie looks to be a frenetic dark comedy, akin to Soderbergh’s 2009 film The Informant!, which is befitting as both movies were written by Scott Z. Burns. The trailer asserts that the film’s story is “based on some real shit” as both Oldman and Banderas, complete with cartoony accents, narrate in the clip. The Laundromat is scheduled to premiere at the Venice Film Festival on September 1, with a wider theatrical release on September 27. The film will make it to Netflix on October 18.

The Laundromat is Soderbergh’s second film for Netflix as well as his second of 2019. Soderbergh’s High Flying Bird arrived on the streaming channel at the start of the year.

Is Steven Soderbergh’s Multi-Platform Thriller Mosaic a Headache Worth Experiencing?