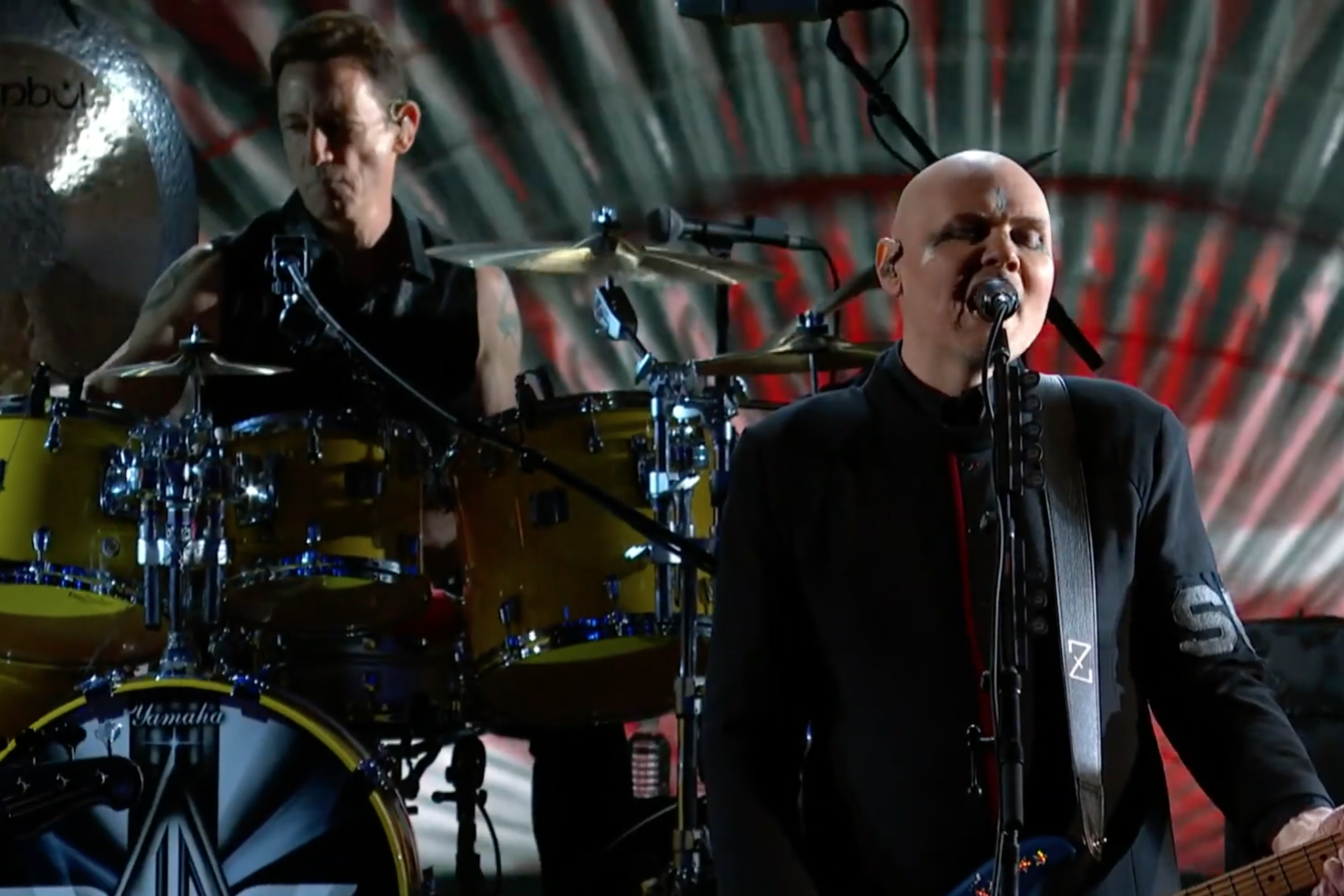 Smashing Pumpkins released their album Oh So Bright, Vol. 1/LP: No Past. No Future. No Sun. all the way back in November of 2018, but are wringing some new life from the press cycle with a performance on The Late Show with Stephen Colbert. Last night’s episode saw Billy Corgan and the gang perform one of the album’s singles, “Knights of Malta.”

Oh So Bright, Vol. 1/LP: No Past. No Future. No Sun. is the band’s tenth full-length studio album, and their first release since 2014’s Monuments to an Elegy. Today, August 8, the band are kicking off a month-long tour with Noel Gallagher’s High Flying Birds, which will take the groups from Camden, NJ to Toronto, ON to Houston, TX. They’ll wrap at the Shoreline Amphitheatre in Mountain View, CA on August 31, with AFI supporting on all dates.

In other Smashing Pumpkins news, Billy Corgan recently tracked down the yellow Stratocaster he used to record the band’s 1991 debut, Gish. The guitar had been stolen after a gig in 1992. A woman in Flushing, MI apparently purchased the guitar at a yard sale 10 to 12 years ago, and has been hanging onto it ever since. Thankfully, Corgan and his guitar are back together at last.

Watch Smashing Pumpkins do “Knights of Malta” on Colbert below.