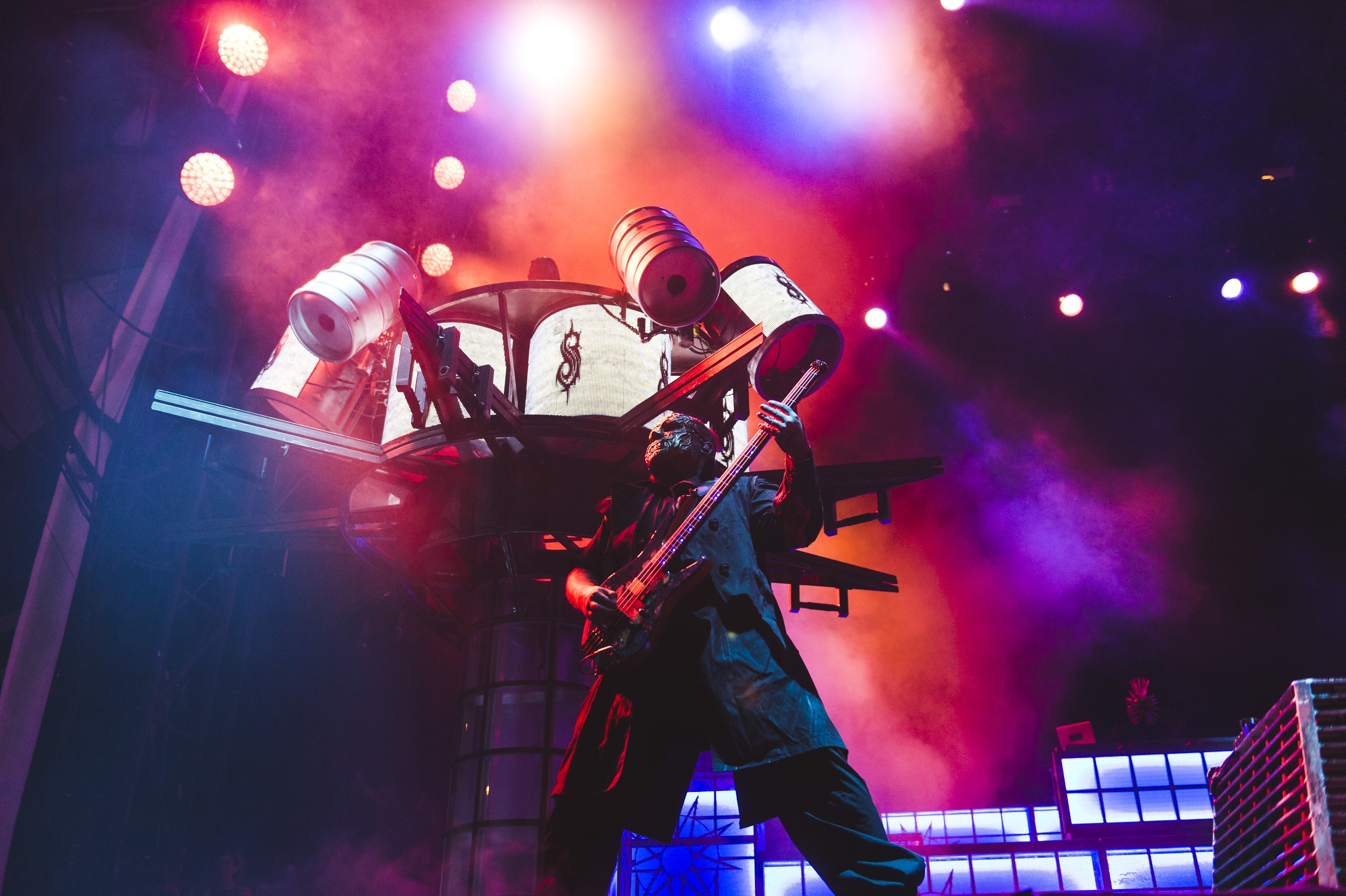 Slipknot’s got a new touring drummer whose identity is being kept under wraps by the band, but their fans have taken to calling this new drummer “Tortilla Man,” because of the mask that he wears on-stage which, to be fair, looks quite like a well-done tortilla. (See below.)

It’s obviously meant to be in line with the goofy nightmare fuel that the band has traded in since the beginning of the time, but it’s also quite comical. And the new drummer is leaning into his tortilla designation.

As Louidwire and Metal Sucks report, over the weekend the Tortilla Man brought out an actual tortilla with eyeholes and a zipper mouth to put over his mask, and the band threw out a couple of tortillas to the audience for good measure. All in a Slipknot day!

Jim put one on his face too and they threw like 5 out into the crowd. It was hilarious