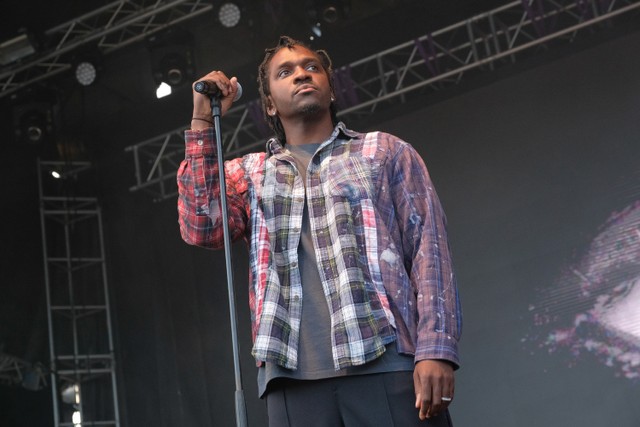 Pusha T has released his second song of this week, “Coming Home,” featuring Lauryn Hill and produced by Kanye West and Mike Dean. The anthemic track has an inspirational bent to it, particularly in the chorus sung by Hill and the ending verse split between the two artists.

In an interview with Ebro Darden on Apple Music’s Beats 1 radio today, Pusha T talked about the new track and how it’s about people who’ve suffered under mass incarceration. “It speaks to just giving hope to those who are coming home and telling people who are locked up and behind the wall that we waiting on them, and we going to be out here as a support system when they get home,” Push tells Ebro. He also discussed the opportunity to work with the legendary likes of Lauryn Hill:

“I just made the request. She expressed that she likes my music, and she’d see about it. I definitely followed the queen around every- Whatever it took, and it was super important to me when she showed interest. It was just super important to me to definitely have her on it. Lauryn, her discography, it means everything. It’s insane, so this wasn’t about ever rushing or being on a time limit. It was just about getting the song done right and to both of our liking.”

“Coming Home” arrives on the heels of “Sociopath,” which was an early Daytona track but was eventually left off the album. Pusha T makes it clear in the Beats 1 interview that he is hard at work on the next album now. Listen to “Coming Home” below.