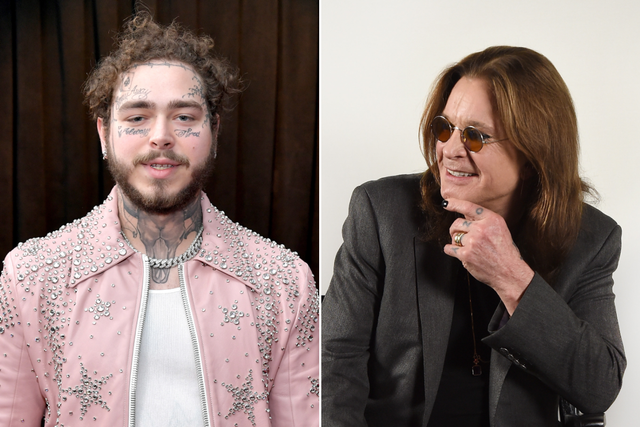 Post Malone has unveiled what appears to be a list of featured guests on his newly announced third album Hollywood’s Bleeding. The usual suspects for A-list pop rap records are all here (Travis Scott, Swae Lee, Future, Young Thug) as are a few well-connected rising stars (DaBaby, Lil Baby) and one pure crossover stunt (Halsey). But one name stands out: Ozzy Osbourne, the elderly prince of darkness who hasn’t released new music since 2010.

Black Sabbath has been sampled by decades of rappers, from Sir Mix-A-Lot to Kanye West, perhaps most famously on Trick Daddy’s sports anthem “Let’s Go.” But Ozzy has rarely actively guested on a hip-hop record. Given the sound of Posty’s new singles and his general oeuvre, it’s debatable whether this collaboration will qualify, but it’s certainly a historic moment, of sorts.

Osbourne has spent the last several months recovering from flu complications and a doozy of a fall at home that forced the 70-year-old to cancel all 2019 tour dates. An infusion of streaming royalties should keep him in good spirits, though. Hollywood’s Bleeding drops next Friday, Sept. 6.