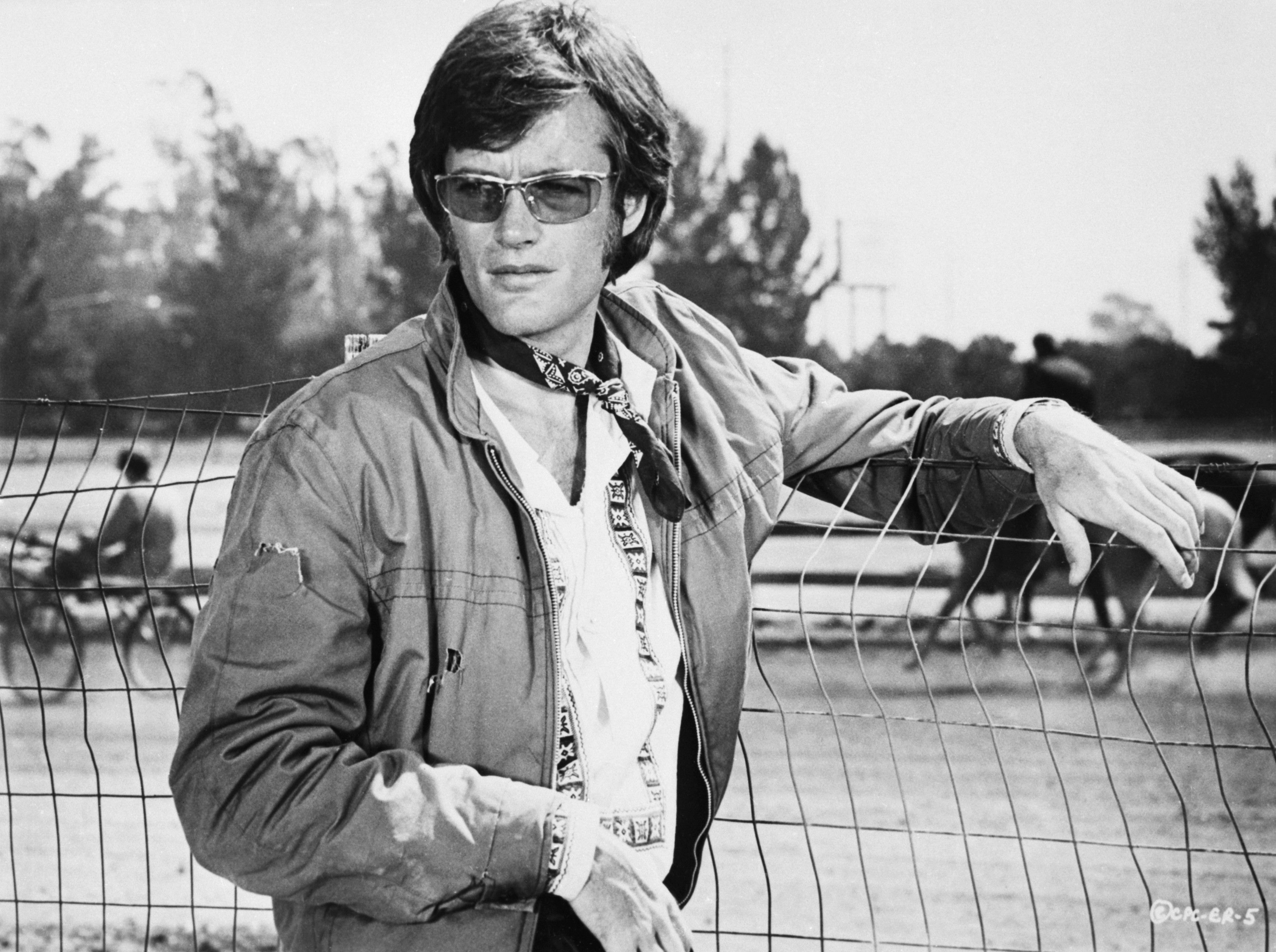 Peter Fonda, who broke out from under the legendary Fonda family name with Easy Rider, has died. He was 79.

Fonda, the son of acting legend Henry Fonda, the younger brother of Jane Fonda and the father of Bridget Fonda, died Friday morning at his home in Los Angeles, according to his rep.

Fonda received an Academy Award nomination as a screenwriter for Easy Rider, which he shared with Dennis Hopper and Terry Southern.

Fonda and Hopper dreamed up the idea of two motorcyclists who hit it big with a drug deal and take off across the country, ostensibly to attend Mardi Gras. Their trek was “in search of America,” emblematic of the ’60s zeitgeist of rebellion and drug experimentation. Featuring Jack Nicholson as their alcoholic, back rider/lawyer, the film was a low-budget, colossal hit.

Fonda produced Easy Rider for about $384,00, with Columbia Pictures picking up distribution rights. Shot in roughly seven weeks between L.A. and New Orleans, it introduced the studios to the bright, educated youth market, and Fonda paved the way for independent filmmakers.

For the cataclysmic year of 1969, Easy Rider was a road movie that accomplished cinematically what Jack Kerouac’s On the Road did for literature. It won a standing ovation at Cannes and the festival’s best director award.

To a generation of young people, Fonda was “Captain America” and a poster-boy for the age. With his cool shades, leather jacket with the flag stitched on back, he sat perched atop a chrome-laden, high-handle-bar cycle, and the poster for the film was ubiquitous in college dorms in 1969 and the early ’70s.

As a symbol for rebellious youth, Fonda, along with Mick Jagger, Jimi Hendrix, Muhammad Ali and John Lennon, were among the most revered of countercultural poster boys.

Fonda followed up Easy Rider by starring and directing The Hired Hand (1971), a feminist Western that his Pando Company made for Universal. He then helmed Idaho Transfer (1973), a message film about the environment.

He directed and starred opposite Brooke Shields in Wanda Nevada (1979), which featured a cameo by his father.

For a period after Easy Rider, Fonda lived on an 82-foot sailboat, essentially having dropped out. “I was writing during that period, and I got about as much writing done as a child in a sandbox,” he told the Los Angeles Times in 1984.

In the early ’80s, Fonda appeared in a humdrum batch of projects: He played as charismatic cult leader in Split Image (1982), a freewheeling adventurer in Dance of the Dwarfs (1983) and a suicidal father in the 1985 NBC movie A Reason to Live.

His other acting stints were uneven, from the lowbrow The Cannonball Run (1981) to a German impressionistic film, Peppermint Freiden (1983).

He also starred in Thomas McGuane’s 92 in the Shade (1975), where he met Portia Rebecca Crockett; then the wife of the writer-director, she divorced him that year and quickly married Fonda. McGuane went on to marry actress Margot Kidder, who also was in the movie.

Rebecca convinced Fonda to move to Livingston, Mont., where they settled into a community at times populated by Jeff Bridges, Sam Peckinpah and other artistic off-roaders.

In the years before Ulee’s Gold, he had become a cinematic recluse, living in Livingston, where he had two ranches and 300 acres and rejoiced in the solitude. “Most people can’t hang in with me,” he said in a 1997 interview. “I have a tendency to go tangential.”

Peter Fonda was born in New York City on Feb. 23, 1939. As a child, he attended a number of boarding schools in the Northeast. When at home, he and Jane spent most of their time with their maternal grandmother.

In 1950, his mother, Frances, committed suicide on her 42nd birthday; Jane and Peter were told she died of a heart attack.

Throughout his adult life, he openly referred to an uneasy relationship with his dad, who died in August 1982.

His father remarried Susan Blanchard, the stepdaughter of Oscar Hammerstein II, but she left him after five years of marriage. Subsequently, Peter was sent to live with relatives in Nebraska. He enrolled at the University of Omaha but quit school during his third year and became an apprentice at the Cecilwood Theatre in Fishkill, New York.

After a year in New York, Fonda made his Broadway debut, playing an Army private in Blood, Sweat and Stanley Poole. It was an auspicious turn: He received the Daniel Blum and the New York Drama Critics Award as the most promising young actor of 1961.

He was signed to a personal contract with producer Ross Hunter to produce and to act. It gave him the chance to leave Manhattan, which he loathed. “New Yorkers don’t know what the people who live in Iowa, Kansas, Nebraska and Colorado know: the reality of this world, what it is made of, the reality of days, nights, weather, season, dirt, air, food, love.”

Groomed to be the next Dean Jones, Fonda made his film debut opposite Sandra Dee in Tammy and the Doctor (1963). He followed up with The Victors (1963) and Lilith (1964), in which he played a suicidal mental patient. He then latched on with Roger Corman’s low-budget enterprise and starred as biker Heavenly Blues in The Wild Angels (1966).

He followed that with another Corman opus, The Trip (1967), a paean to LSD that was written by Nicholson and featured Hopper playing a freaked-out character. The film was widely popular among college-age students and meshed with the counter-cultural mindset of the day.

Fonda also starred in such features as Dirty Mary Crazy Larry (1974) and Race With the Devil (1975) — where he starred with Warren Oates as two family men who take on a band of devil worshippers in Texas — and the Canadian horror film Spasms (1983).

In addition to his daughter Bridget, Fonda had a son Justin, by his first wife, Susan Brewer. With his second wife, Betty Crockett McGuane, the pair had a combined family, including her son Thomas McGuane.