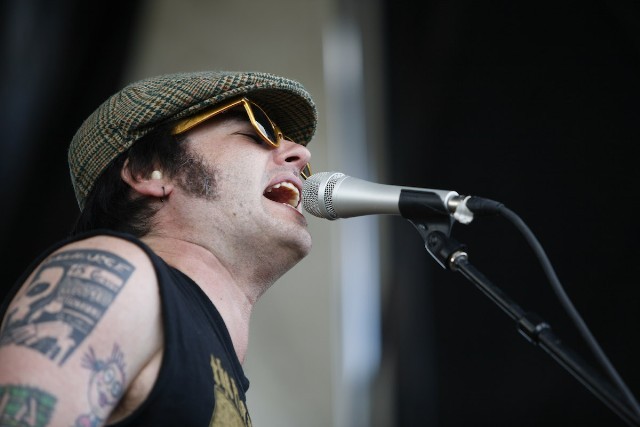 Los Angeles punks NOFX have released a new single titled “Fish in a Gun Barrel” that asks a series of questions about mass shootings and concludes with the line, “Only a lunatic would sell a lunatic a gun.” All proceeds from the song will be donated to the gun control advocacy group Moms Demand Action.

The release comes just over a year after frontman Michael “Fat Mike” Burkett and guitarist Eric Melvin made some unfortunate jokes during a performance in Las Vegas. “We played a song about Muslims and we didn’t get shot, hooray,” Burkett said, to which Melvin replied, “I guess you only get shot in Vegas if you are in a country band.” Burkett added, “At least they were country fans and not punk rock fans.”

NOFX later issued an apology, calling the comments “shameful.” “We crossed the line of civility,” they said in a statement. “We can’t write songs about how people in this world need to be more decent, when we were clearly being indecent.” Fat Mike later said that the band’s outstanding U.S. shows were canceled following the controversy.

You can listen to the song below.

NOFX Say All Their U.S. Shows Have Been Canceled After Vegas Shooting Comments