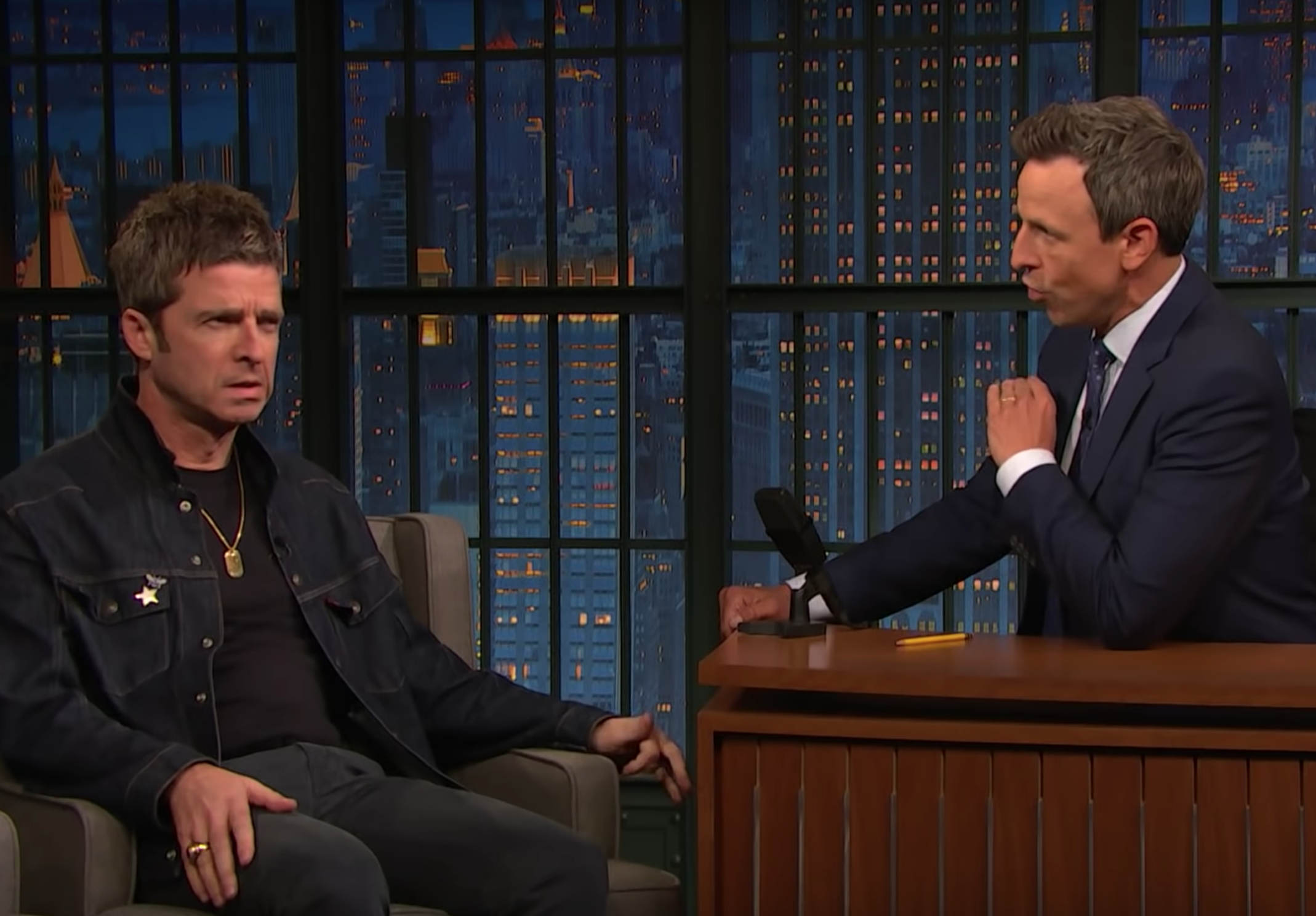 Noel Gallagher, who knows how to stay in the news cycle, was on Late Night with Seth Meyers last night promoting his upcoming High Flying Birds EP This Is the Place (due out September 27). The former Oasis guitarist’s announcement of the EP coincided with a Guardian profile in which Gallagher said, of his mother: “I liked her until she gave birth to Liam.”

On Seth Meyers, Noel was once again in rare form. He discussed blacking out while singing “Kung Fu Fighting” in karaoke with Bono (yes, go ahead and re-read that), yawning middle-aged women at his show, deserting his children if they became a fan of the wrong Manchester football team, and his intention to sell the Oasis masters to the highest bidder.

Later, Meyers told Gallagher he “had to ask” whether there was any hope for an Oasis reunion. “No,” he said. After disputing whether Meyers really “had to ask” and doing an impression of an Italian Oasis fan, Noel clarified: “I sincerely hope not.”

Recently, Gallagher also called Taylor Swift and Scooter Braun “American idiots” and described his estranged brother Liam as “a fat man in an anorak.” Noel Gallagher’s 11-piece formation of High Flying Birds will kick off their August tour with the Smashing Pumpkins tomorrow. The UK band will also play shows with U2 in Australia and New Zealand in November.