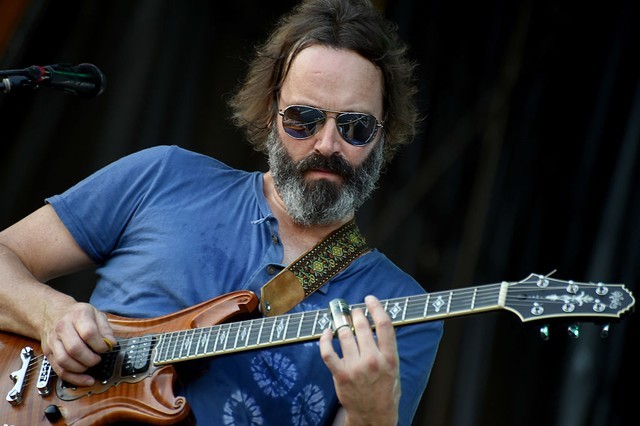 Neal Casal, a guitarist who has played in a great many bands over the years, has died. As Brooklyn Vegan points out, Casal’s Instagram page reported his deaththis morning. No cause of death has been revealed. Casal was 50.

Casal was born in Rockaway, New Jersey, and he first came to prominence in 1988, when he joined the long-running Southern rock band Blackfoot, staying with them until 1993. In 1995, Casal released Fade Away Diamond Time, the first of 10 solo albums. He kept releasing solo albums over the years while playing with a long succession of Americana-leaning bands.

Between 2005 and 2009, Casal was a member of Ryan Adams’ Cardinals. He also joined former Black Crowes leader Chris Robinson’s band Chris Robinson Brotherhood and Hard Working Americans, a blues-rock supergroup that featured two members of Widespread Panic. In 2015, Casal masterminded Circles Around The Sun, the band that recorded the interlude music that played during the Grateful Dead’s farewell shows. And Casal was also a member of the Skiffle Players, a band that also featured Cass McCombs and a few former members of Beachwood Sparks; they released albums in 2016 and 2018.

Just this year, Casal played on records from people like Chuck D and Fruit Bats, and he also contributed to a GospelbeacH album that won’t be out until fall. This past weekend, Casal performed at Virginia’s LOCKN’ Festival as part of Oteil & Friends, a one-off supergroup that also featured Bob Weir, Devon Allman, and Duane Betts.

Below, watch some videos of Casal’s work.

It’s with great sadness that we tell you our brother Neal Casal has passed away. As so many of you know, Neal was a gentle, introspective, deeply soulful human being who lived his life through artistry and kindness. His family, friends and fans will always remember him for the light that he brought to the world. Rest easy Neal, we love you.