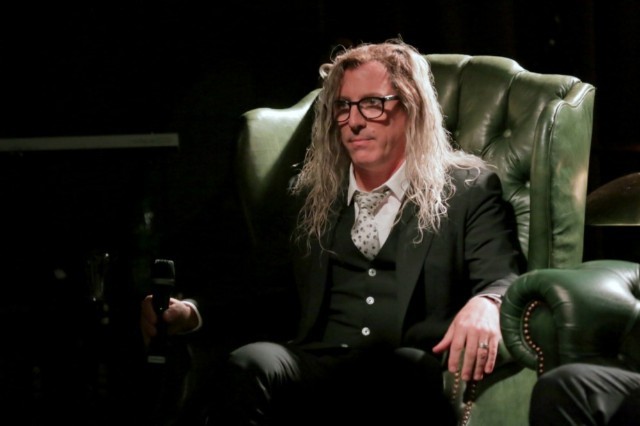 Tool’s new album Fear Inoculum is poised to drop later this month after an absurd 13-year wait. It might have come out sooner, if singer Maynard James Keenan wasn’t multi-tasking the vocal recordings while tending to his precious wine grapes.

In an interview the band gave to Australian music site Tone Deaf, Keenan discussed the delicate balance between working on the new Tool album in his home studio and tending to the grapes on his vineyard in Arizona.

As Keenan tells it, producer Joe Barresi and engineer Matt Mitchell traveled to the prog-metal frontman’s home in Arizona and worked on recording his vocals when Keenan wasn’t out harvesting grapes for his Caduceus Cellars wine brand.

“It was during [wine] harvest. I would spend time on the forklift, do some inoculating, do some wild ferments, whatever we were doing in the cellar while [Barresi and Mitchell] gathered things together,” Keenan told Tone Deaf. “Then I would come in and do about an hour of vocals, two hours of vocals, and then they’d take a beat to organize it and comp [the takes] and figure out some of the better takes.”

He added: “Then [we’d] listen back and go, ‘I can beat that, let’s beat that.’ Meanwhile I’m in the cellar working on the wines. That’s just logistically what it had to be. I didn’t have the luxury of time. So I made time.”

By this point, Keenan’s collaborators must be used to the fact that the singer’s day job making wine will take priority over his musical projects. Such was the case when he was working on the 2018 Perfect Circle album Eat the Elephant.

“Once the [wine grape] harvest was out of the way, we started to get things done with the music in between picking and processing.” Keenan told Rolling Stone last year.