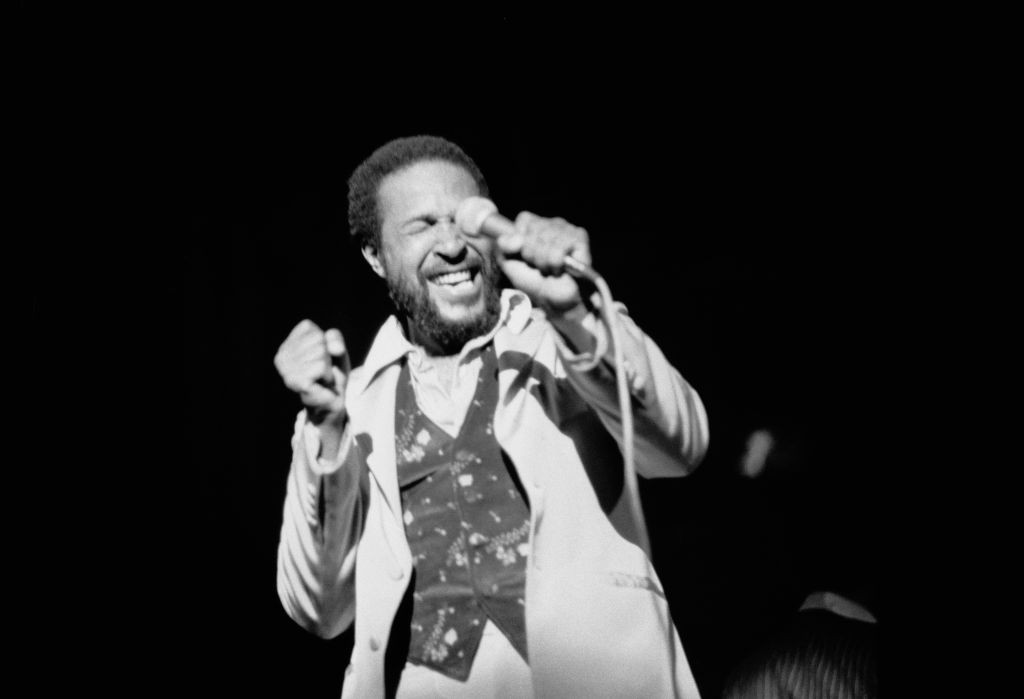 Marvin Gaye’s sole live performance of his full landmark 1971 album What’s Going On is coming to vinyl and streaming services for the first time on October 18, Motown announced today.

The album was recorded during Gaye’s homecoming show at Washington D.C.’s Kennedy Center on May 1, 1972 as part of a Marvin Gaye Day celebration. Earlier in the day, Gaye performed the album’s title track at his alma mater Cardozo High and again later with the Howard University marching band during a ceremony at the Wilson Building.

Gaye capped the night at the Kennedy Center backed by over 30 musicians, including a 20-piece string and brass section. It was his first public performance in four years after his duet partner Tammi Terrell collapsed on stage during a 1967 show with him, having suffered what was later diagnosed as a brain tumor. Terrell died in 1970.

Tapes of the performance sat in Motown’s vault for three decades before being issued on CD in 2001. The new reissue will come on 180-gram translucent turquoise vinyl; pre-orders are available here. Motown released You’re the Man, Gaye’s canned 1972 follow-up to What’s Going On, in March.

Listen to Gaye’s Kennedy Center performance of “Wholy Holy” below.