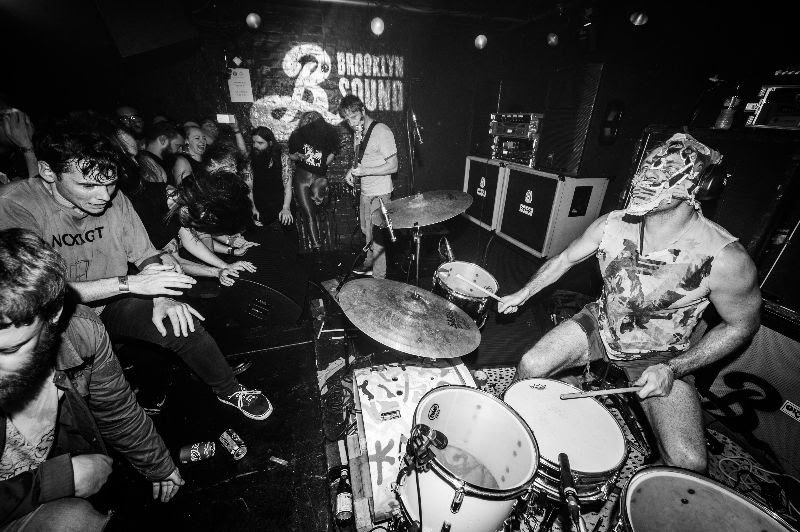 Providence noise rock veterans Lightning Bolt announced a new album, Sonic Citadel, at the top of this month. Now the duo has released “Air Conditioning,” the first single from the 11-song project, which marks their debut on Thrill Jockey Records. It’s an onslaught of dramatic arena-rock chords juxtaposed with the usual Lightning Bolt trappings: a muffled vocal and a hyperactive beat.

From a title perspective, “Air Conditioning” is probably the most boring song on Sonic Citadel. The track list released earlier this month features numbers like “Don Henley In The Park,” “Hüsker Dön’t,” “Van Halen 2049,” and more. One wonders if it might turn out to be a concept album of some sorts, or feature Lightning Bolt doing their version of genre-hopping, paying oblique tribute to some rock icons.

Along with the announcement of Sonic Citadel, the band reveals that they would be rereleasing their discography on Load Records—their entire catalogue of studio albums—through Thrill Jockey. This includes everything from 1999’s Lightning Bolt through 2015’s Fantasy Empire, which was their last release. The first reissue will be 2003’s Wonderful Rainbow, which is due out on August 23.

Lightning Bolt will also play a small collection of show this fall. Check out ticketing information for upcoming dates, including an appearance at California’s Desert Daze festival in October, here. Listen to “Air Conditioning” below.