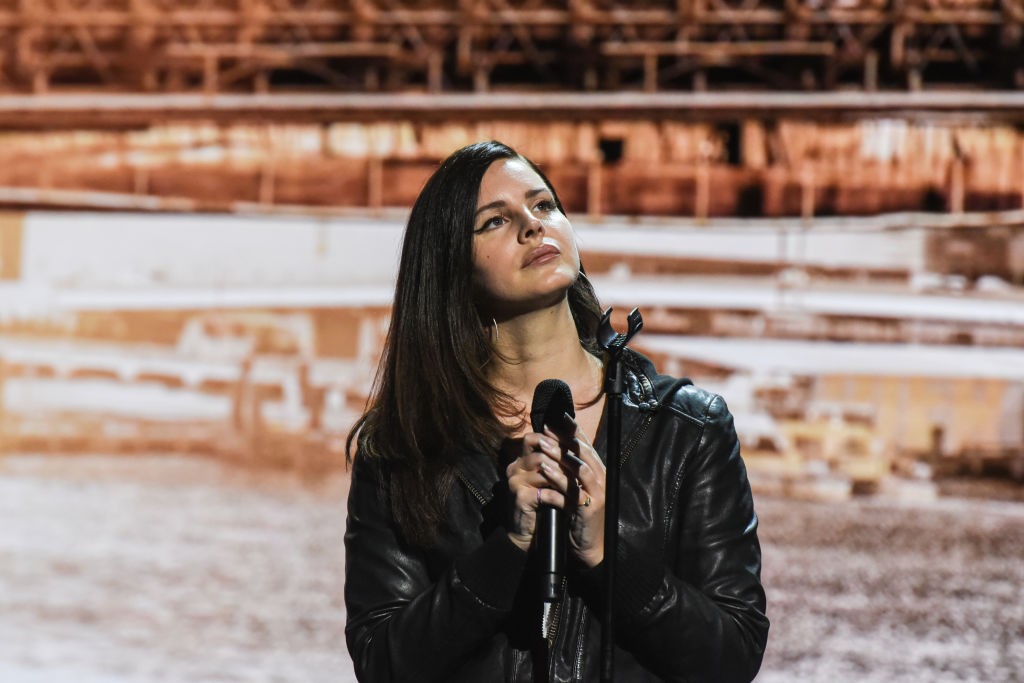 Lana Del Rey has announced a series of North American tour dates for this fall. Appropriately, half of the current announced dates (eight) will take place in California. Del Rey will also stop by the East Coast, but for just for one date at Jones Beach outside of New York City, which is also a very suitable location for her preferred creative subject matter and consummate vibe. Tickets for the tour will become available to the public tomorrow (August 9).

Yesterday, the singer and songwriter announced a release date for her long-teased new album Norman Fucking Rockwell; it’s due out August 30. The album will feature her epic single “Venice Bitch,” as well as “Mariner’s Apartment Complex,” “hope is a dangerous thing for a woman like me to have – but i have it” and her latest release: a cover of Sublime’s “Doin’ Time.” Her last album Lust for Life was released in 2017. 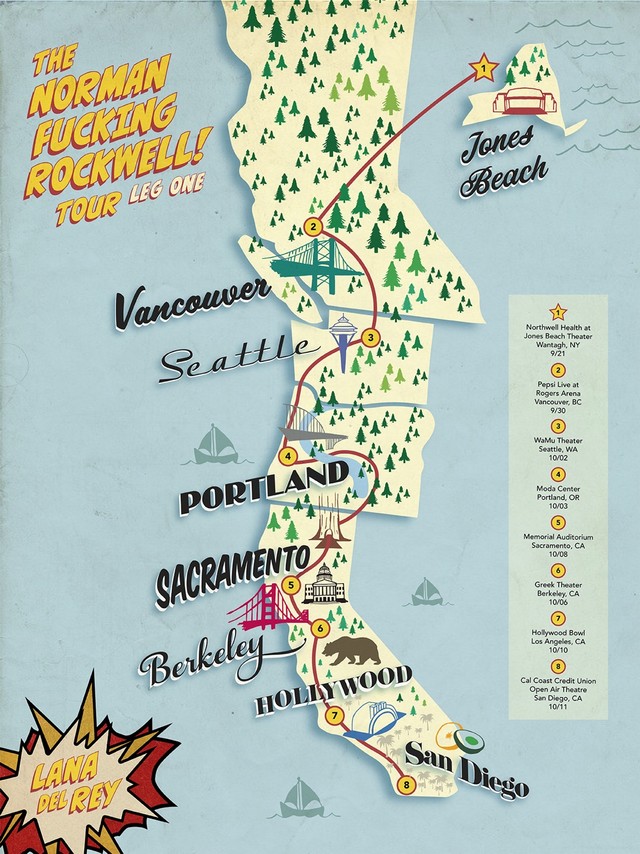