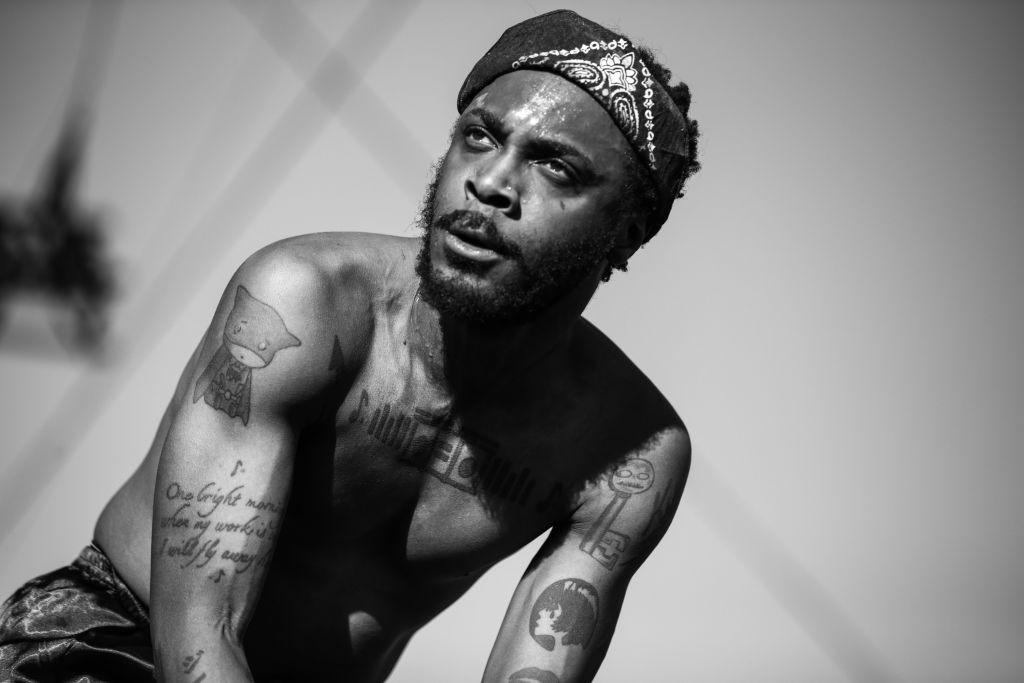 Baltimore rapper and producer JPEGMAFIA has released a new single called “Jesus Forgive Me, I Am a Thot.” It’s the latest in a string of singles the rapper has released since putting out his last album Veteran in early 2018. (The project made our Best Albums of 2018 list.) The track has a strange pseudo-spiritual slant, and pairs an oblique triplet flow with some impassioned Autotuned crooning and collage-like production from the man himself.

In the spring, JPEGMAFIA released the self-produced single “The Who” featuring Baltimore singer Eyas. He also made a guest appearance on noise-rock unit HEALTH’s VOL 4: SLAVES OF FEAR album earlier this year. In November, he collaborated with rising producer Kenny Beats on the blown-out anthem “Puff Daddy.” In early 2019, he supported fellow Kenny Beats collaborator Vince Staples at select dates on Staples’ North American tour.

Neither “The Who,” “Puff Daddy,” or “Jesus Forgive Me, I Am a Thot” have been associated with an upcoming release from the rapper. Watch a video for the new single below.