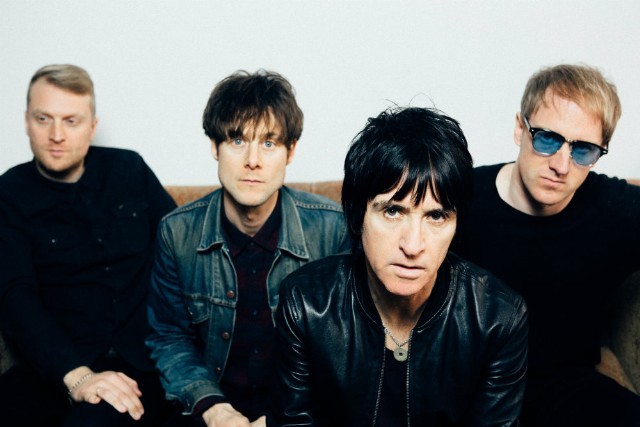 Johnny Marr’s fourth solo album Call the Comet was released in June 2018, and in the year since, the former Smiths guitarist has remained a busy man. After heading out on an expansive North American tour this spring in support of the album, the musician released two new singles “Armatopia” and “Jeopardy.” Now, he’s back with another one-off single called “The Bright Parade.”

The melodic single feels a bit more psychedelic than Marr’s recent material and in a recent interview with DIY, he said that sound reflects his thoughts on the solar system and reality TV stars. “‘Armatopia’ was this kind of eco-disco and I didn’t want to hide that, but ‘The Bright Parade’ is more of a psychedelic musical track,” he told the site. “Maybe I’ve been quite preoccupied with the cosmos over the last couple of years but it’s the perfect metaphor for the star system—whether that’s a rock star or a reality TV star. I think half my mind was still in the cosmos and the other half was around these vacuous modern day reality star. ‘The Bright Parade’ puts the two together and puts it on top of a psychedelic backing track.”

Johnny Marr appeared on all four of the Smiths’ studio albums—Meat Is Murder, The Queen Is Dead, Strangeways, Here We Come, and their 1984 self-titled LP—before the band’s breakup in 1987. Outside of his solo albums and records with the Smiths, Marr has also performed on albums with Oasis, Pearl Jam, Modest Mouse, Pet Shop Boys, The The, and Electronic, among others. Revisit our 2018 interview with the former Smiths musician and check out “The Bright Parade” below.