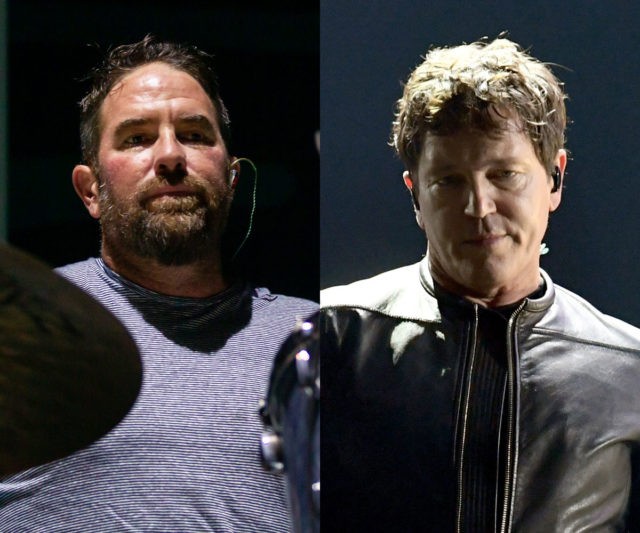 Jimmy Eat World spent the summer on a co-headlining tour with Third Eye Blind, but that might be it for the fellow ’90s alt-rockers. Drummer Zach Lind is pretty pissed at Third Eye Blind frontman Stephan Jenkins for reasons unspecified. Their final night on tour together earlier this month ended with a bang (tweet). Lind tweeted, “Stephan Jenkins is such a fucking creepy douchebag (I feel so much better now).”

He followed the tweet with a photo of a flyer with pictures of the Third Eye Blind bandmates and text reading, “The members of Third Eye Blind will not be wearing laminates. Please learn their faces so they are granted entrance to all areas of the venue, but please also be diligent in making sure they are the only people allowed entrance backstage without laminates.” Lind wrote, “LOL” and “Just the way these photos are arranged tells you all you need to know about that operation.”

Lind continued the tweet thread with a link to the trailer for Art Of Revenge and a response to people defending Jenkins. “I genuinely feel bad for anyone stepping in to defend this dude when they have no idea what they’re defending. My assessment of the man here is extravagantly generous,” he tweeted.

His final tweet a few days later revealed that Jenkins reworked his band’s recording contract “for his own benefit” on the night before the signing, and didn’t tell his bandmates until years later. Check out the tweets below.

And for those saying I should have said my peace in person, A) you don’t know I didn’t and B) you’re coming to the defense of someone who literally redrafted his bands recording contract for his own benefit on the eve of the signing & didn’t tell his bandmates until years later!