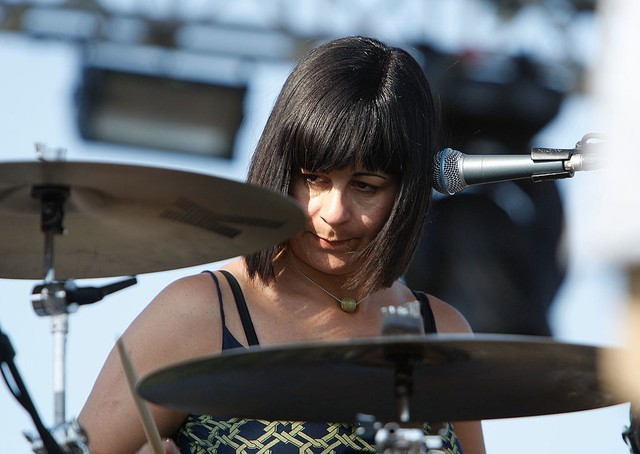 Last week, former Sleater-Kinney drummer Janet Weiss was involved in a major car accident. With her left collar bone and right leg broken, she decided to cancel all her upcoming tour dates with Quasi, as well as a planned benefit concert for immigrant rights.

Now, Weiss has posted another update on her condition, indicating that she’s on the way to recovery: “After 5 nights in the hospital, I’m happily settling into my home routine and feeling positive, basking in the overriding feelings of luck and gratitude and relief that [Weiss’ Slang bandmate Drew Grow] and I survived the accident. The love and support and generosity shown by my friends, the music community and my incredible film family has been nothing short of mind blowing.”

After thanking Drew, Drew’s mom, and her sister Julie, Weiss continued: “Three months in a wheelchair is going to be a challenge but you all inspire me to do my PT, rest up, stay healthy and get strong. I dream about playing the drums again. Plus, the election year is coming up quick, I need to be in fighting shape!”

If you’re ready to brave the grizzly accompanying photo of Weiss’ stitched-up leg, you can check out the full update on Instagram.