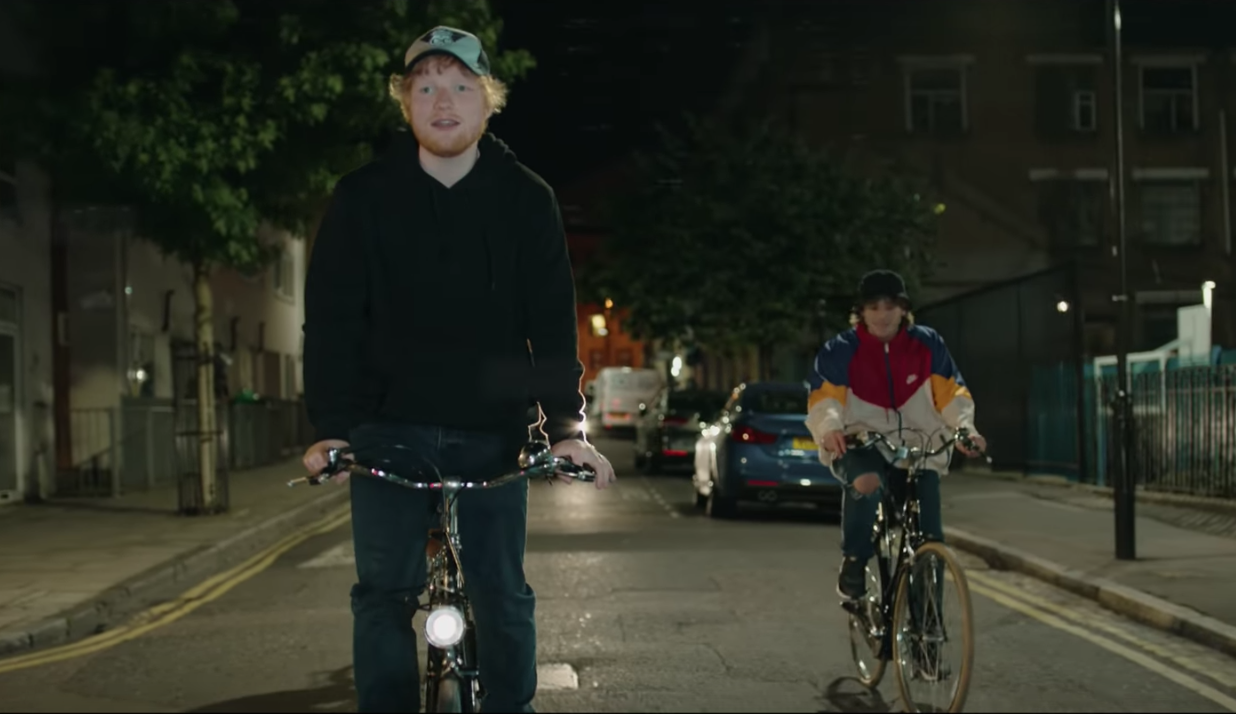 Ed Sheeran’s latest album—the brilliantly-titled No. 6 Collaborations Project—dropped back in July. The album, which included guest features from Justin Bieber, (“I Don’t Care“) Chance the Rapper, PnB Rock (“Cross Me“), Khalid (“Beautiful People“), Bruno Mars, Chris Stapleton (“BLOW“), and YEBBA (“Best Part of Me“), later made it to No. 1 on the Billboard 200 albums chart. Now, pop’s most-celebrated nice guy is back with a new video for his album standout “Nothing On You” featuring Paulo Londra and Dave.

The video finds the three hitmakers riding bikes through the city at night, cutting to various shots of the musicians performing their verses in an empty warehouse. “All my friends are in the club / And they keep ringin’ my phone / But they ain’t got nothing on you / And you ain’t got nothing on you,” Sheeran sings in the hook.

Sheeran’s recent album follows three earlier studio efforts—÷, x, and +—as well as his five earlier Collaborations Projects EPs. Earlier this month, his Divide Tour broke U2’s record for the highest-grossing tour of all time. In the buildup to No. 6 Collaborations Project, the songwriter released videos for “Antisocial,” “BLOW,” Cross Me” and “I Don’t Care.” Watch his latest video for “Nothing On You” below.