Trump Urges Staffers to Break the Law in Order to Build Border Wall Before Election: Report 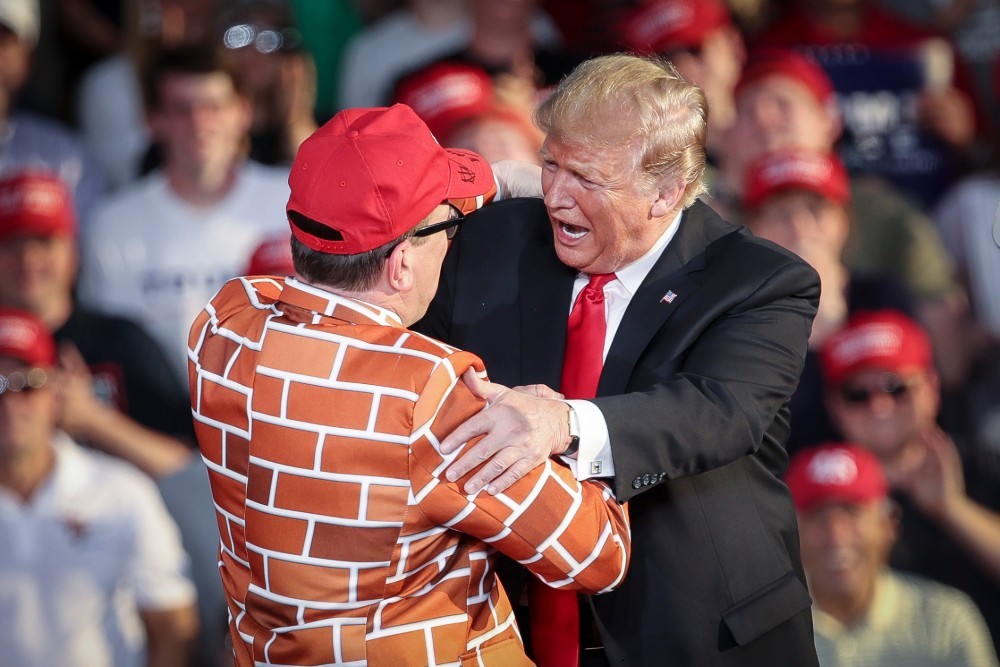 President Trump is in a mad scramble to get his precious Southern border wall built by Election Day and he’s willing to go to any lengths to get it, the Washington Post reports. The president is reportedly prepared to seize public land, fast track billions of dollars to contractors, and break environmental laws in order to build a wall he now envisions as outfitted with “looming steel barriers” that are “painted black and topped with sharpened tips.” Sources told the Post that Trump thought the barriers should be sharpened to instill fear in potential border crossers.

Although building a wall along the Mexican border is ineffective and impractical, the president is reportedly worried that failing to deliver on his marquee campaign promise will hurt his chances for reelection. Trump has promised his rally crowds that 500 miles of wall will be completed before Election Day despite less than 60 miles of “replacement barrier” being built for pockets of the border that already had a wall or fencing. The Post reports that Trump has urged officials to invoke eminent domain in order to get the wall built by urging them to “take the land.” When aides have raised concerns that what they are asked to do it illegal or physically impossible, Trump is said to have told them, “Don’t worry, I’ll pardon you.” As one high-level source told the Post, “He said people expected him to build a wall, and it had to be done by the election.” Another sources said that Trump was only joking when he talked about handing out pardons. That’s not a denial.

“Donald Trump promised to secure our border with sane, rational immigration policies to make American communities safer, and that’s happening everywhere the wall is being built,” Deputy White House press secretary Hogan Gidley told the Post. He added that the voices of dissent in the administration are “just more fabrications by people who hate the fact the status quo, that has crippled this country for decades, is finally changing as President Trump is moving quicker than anyone in history to build the wall, secure the border and enact the very immigration policies the American people voted for.”

Last year, former White House Chief of Staff John Kelly reportedly told Democratic lawmakers that the border wall was basically a pipe dream and going so far as to call the plan to build a wall from sea to sea “uninformed.” According to the Post, Kelly used to tell aides to disregard Trump’s demands if he “did not think they were feasible or legally sound.”

Trump’s vision for the wall has evolved during his time in office. At different points, Trump envisioned the barrier as “a solar wall” that is also “see-through” so that people won’t be injured by the giant bags of drugs he thinks will get tossed over the wall. Trump was also touting a concrete border wall before he decided it should actually be made out of steel. Now it seems as though Trump has settled on a medieval version of a wall that’s sharpened at points and painted black in order to becomes excessively hot to the touch. In other words, he wants to make the wall a torture device for the people desperate enough to try and cross it in search of a better life.