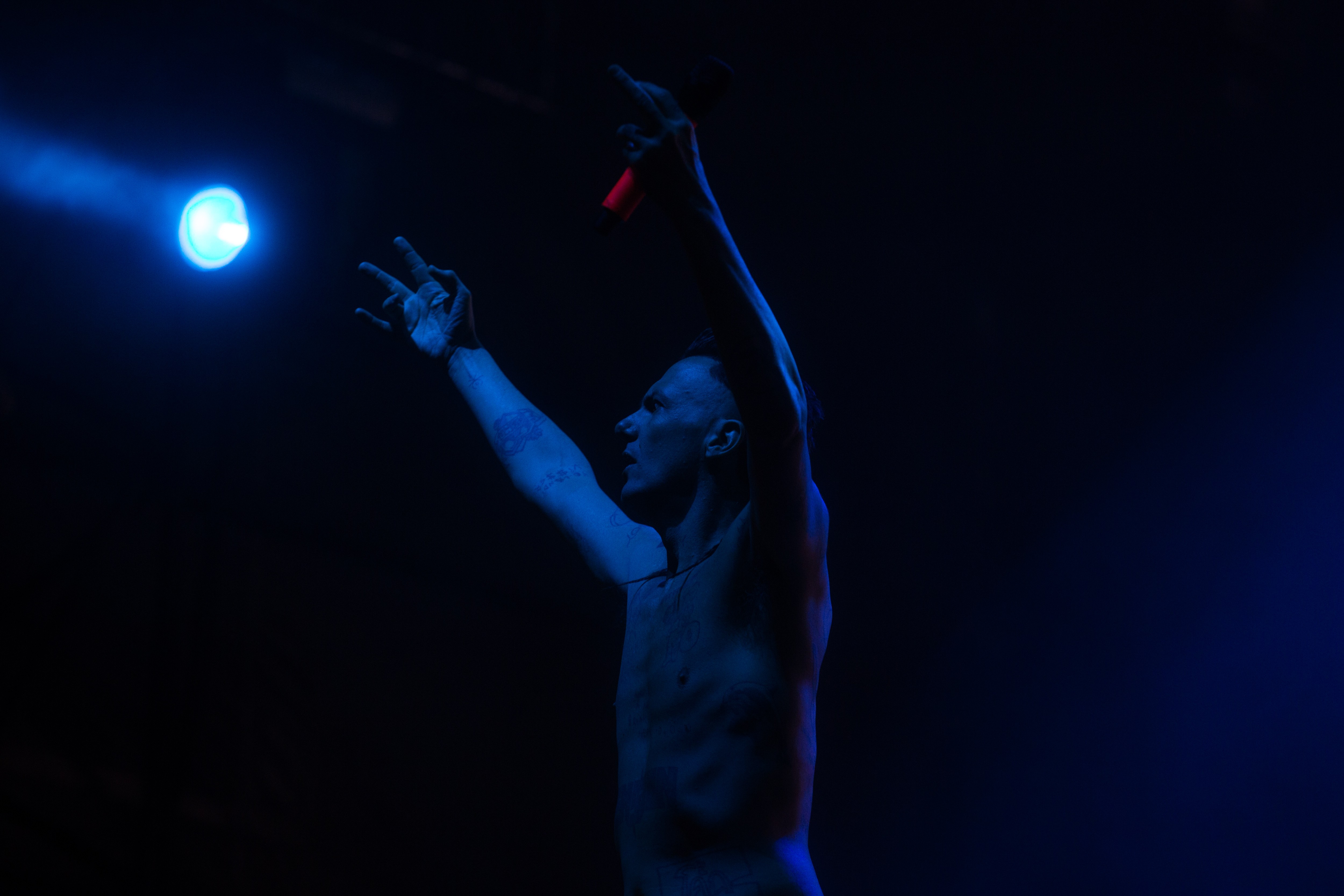 Earlier this month, footage of an altercation involving Die Antwoord and Andy Butler of Hercules and Love Affair was uploaded to YouTube, Resident Advisor and Mixmag point out.

The video was reportedly shot at the 2012 Future Music Festival in Adelaide, Australia by the band’s former videographer Ben Crossman, and appears to show Ninja and Yolandi harassing Butler spitting on him and calling out homophobic slurs. As Butler runs away, Yolandi yells “Run faggot, run. Run for your life bitch.” Die Antwoord then make their way over to festival employees and claim that Butler sexually harassed Yolandi.

Since the video first appeared on August 4, Die Antwoord have been dropped from the Louder Than Life music festival in Louisville, Kentucky, and, per a post on Reddit’s r/festivals, from the Life Is Beautiful Music & Art Festival in Las Vegas, though the latter festival hasn’t confirmed the removal.

“Ben has cleverly edited this video clip to make it seem like me and ¥o-landi commited a hate crime towards a person because they are gay,” he wrote. “However Ben beat up the guy from Hercules himself while filming this same video clip. This was just a fight with someone who fucked with us. Not a hate crime. This fight had nothing to with the fact that this guy was gay. We dont care about people’s sexual preference. Our DJ and best friend DJ HITEK is gay, and alot of people in our crew are gay.”

SPIN has reached out to reps for Andy Butler and the Life Is Beautiful Festival, and will update this post if we hear back. Find Ninja’s full post below.