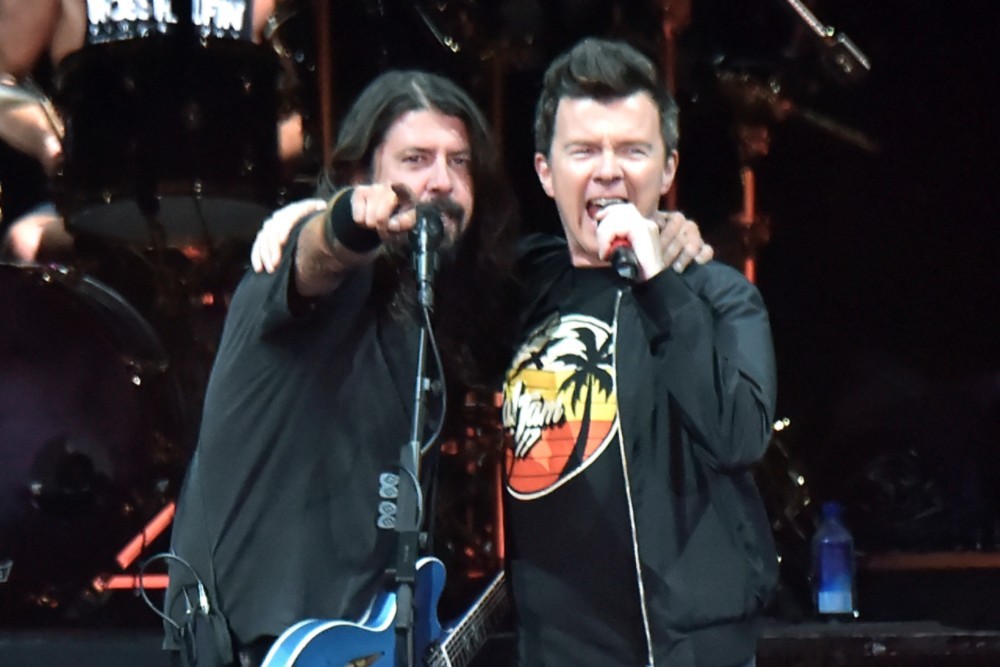 Foo Fighters frontman Dave Grohl surprised the crowd at the Hackney Moth Club in London on Friday when he crashed the Club NME party and performed some Foo Fighters jams, NME reports. Grohl made the appearance a little more memorable by singing Rick Astley’s 1987 ear worm “Never Gonna Give You Up” with Astley himself.

“I’ve been a friend of the people at the NME for a long, long time,” Grohl said. “When I walked in tonight, everyone said: ‘What are you gonna do?’ I said, ‘I have no fucking clue.’ So tonight we’ll play a couple of songs. I can’t believe how many people are here. We might have to do more than one fucking song!”

Grohl performed Foo Fighters hits like “Everlong” and “Big Me” before launching into his cover of Astley’s inescapable song and the medium through which the “Rickrolling” meme is deployed. Grohl performed Astley’s megahit on an acoustic guitar with Astley on the drum kit. The British pop star eventually joined Grohl at the mic and gave the crowd a performance they’d never forget, mainly because everyone was holding their phones up to record it.

According to videos shared across social media, Grohl is intimately familiar with Astley’s mega-hit and knows every word. The crowd went predictably wild when Astley took the mic.

“I don’t know much about Club NME,” Dave told the crowd, “but I know you’re not gonna see this anywhere else.”

Check out the videos below:

Me: What would a duet between Dave Grohl and Rick Astley look like?

This isn’t the first time Astley and Grohl have performed the ’80s pop hit live together. The two became pals after meeting at the Japan’s Summer Sonic Festival in 2017 and Rickrolled the audience when Foo Fighters started playing “Smells Like Teen Spirit” and switched over to “Never Gonna Give You Up” with Astley and his golden pipes on mic. Prior to this historic meeting, Foo Fighters used Astley’s song to Rickroll the Westboro Baptist Church in 2015.