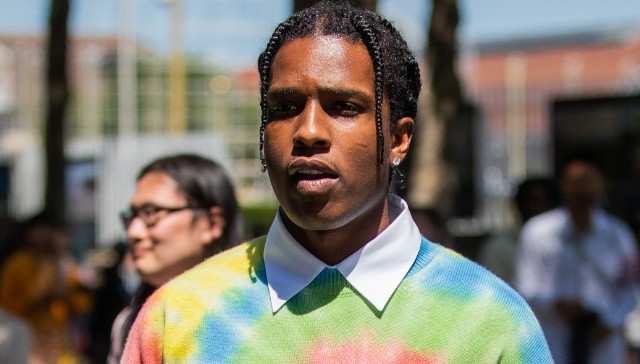 Free from Swedish custody and back in America, A$AP Rocky was seen attending Kanye West’s Sunday Service series alongside Kendall Jenner and A$AP Ferg, TMZ and People report.  West has been putting on these psuedo-religious events for awhile now, and Rocky, who arrived back stateside on Saturday following a very high-profile assault case in Sweden, was seen in limited footage, smiling and probably just happy to be outside.

Rocky was released from jail in Sweden this past Friday. His case, which involved an altercation with two men over an alleged stolen pair of headphones, gained a lot of celebrity support, including from the president. He shared a statement to his fans upon his release, saying, “I can’t begin to describe how grateful I am for all of you, this has been a very difficult and humbling experience.” While Rocky is free to leave the country, he’s not out of the woods just yet. He is still awaiting the verdict, which isn’t due until August 14. Check out the limited footage of Rocky at Kanye’s Sunday Service below.

Kendall ASAP Rocky and more at the Sunday’s Service today