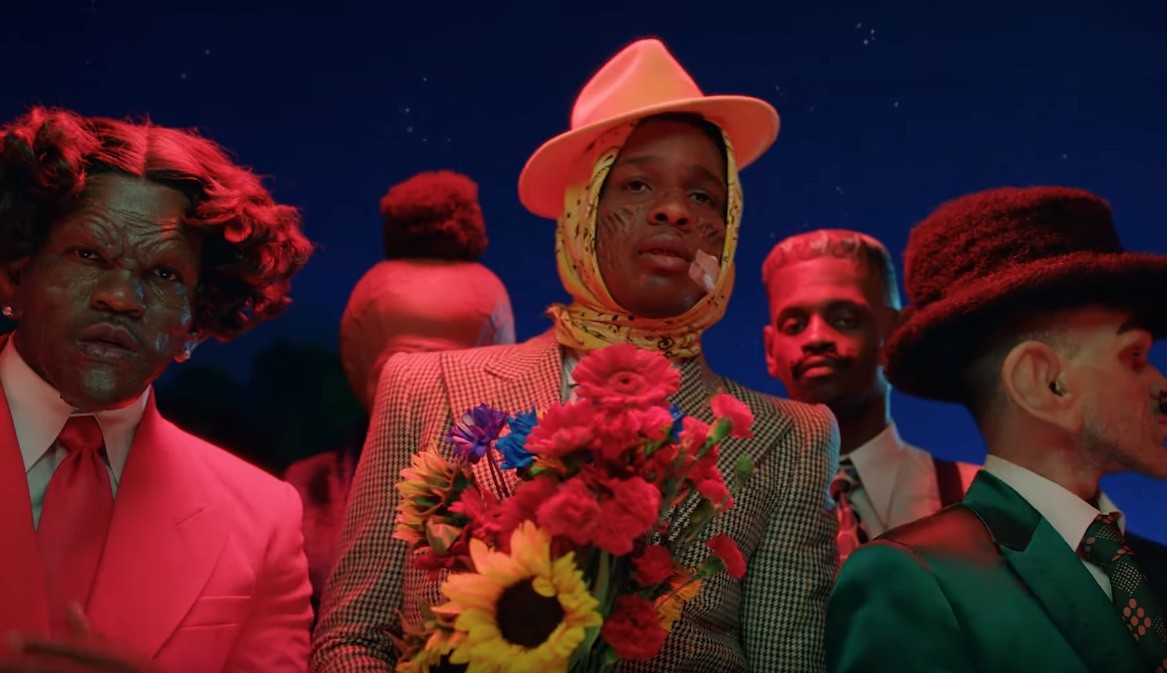 A$AP Rocky has officially released his latest song “Babushka Boi,” with a new Dick Tracy-inspired music video. Rocky has been performing the song while on his “Injured Generation” tour and put out a teaser trailer for the video earlier this week.

In the Nadia Lee Cohen-directed visuals, Rocky is the leader of a cartoonish 1920s-style mobster crew, featuring Schoolboy Q, A$AP Ferg, and A$AP Nast, who are covered in ghastly facial prosthetics and run up against a bunch of literal pig-cops. It’s a purposely silly clip with vibrant colors and cartoonish action.

“Babushka Boi” is Rocky’s first solo release since his album Testing arrived in the spring of 2018. Rocky told GQ back in January that he found inspiration for the record after wearing a babushka for an extended period of time following a razor scooter accident. “My face got cut, and I started walking around with a Babushka to cover it,” Rocky says in the magazine. It’s also Rocky’s first new piece of music since his return to America following his high profile detainment and ensuing trial in Sweden on assault charges. While he was eventually found guilty, he was able to avoid serving any additional jail time in Sweden.

Watch the video for “Babushka Boi” below.