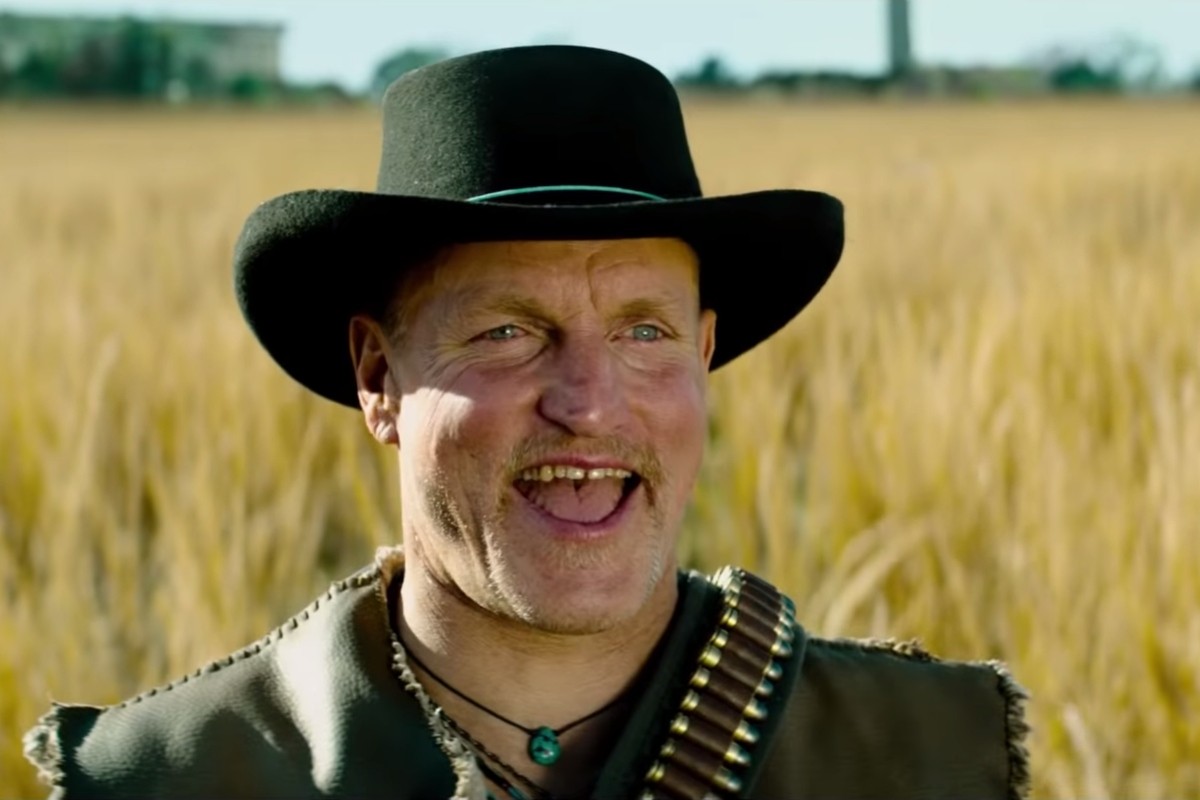 The time has come once again to watch Woody Harrelson, Emma Stone, and Jesse Eisenberg shoot zombies in the face with assault rifles. That and more in the new trailer for the Zombieland sequel Zombieland: Double Tap, coming to theaters Oct. 18.

From what we can tell, this one features the gang posting up up at an abandoned post-zombie-takeover White House (featuring a Barack Obama poster, raising several questions about the historical timeline, and the frightening possibility that this movie will include Donald Trump jokes).

Abigail Breslin runs off with a Berkeley stoner, and our protagonists venture into the world to rescue her because Harrelson’s character hates hippies, obviously.

The adventure involves monster trucks, Elvis costumes, and cameos, this time by Rosario Dawson, Luke Wilson, Thomas Middleditch, and more. Bill Murray is back, too, though he doesn’t appear in the trailer. For those keeping track at home that makes two Murray zombie movies this year. He also starred in Jim Jarmusch’s The Dead Don’t Die; read SPIN’s review of that one here.

Zombieland director Ruber Fleischer returns for the sequel with a script from the original adaptation’s screenwriters Rhett Reese and Paul Wernick, plus Dave Callaham. Watch the Zombieland: Double Tap trailer below.