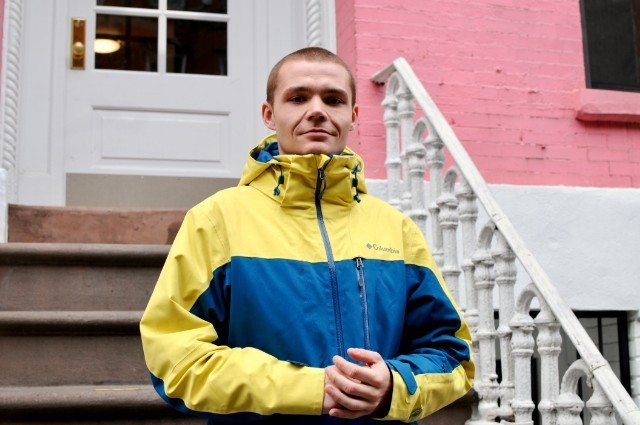 The rising U.K. art-pop songwriter Westerman made a big impact in 2018 with only a handful of singles and an EP, a trickle that happened to include one of the best songs of the year. His first release of 2019 is a cover, which appears on a compilation helmed by his frequent collaborator Bullion, for which the producer asked each artist to interpret a song they wish they’d written themselves. Westerman chose Simon & Garfunkel’s “Kathy’s Song,” a wistful acoustic ballad from the duo’s 1966 album Sounds of Silence.

Westerman and Bullion reimagine “Kathy’s Song” as lush and sophisticated rhythmic pop, bringing out the jazzy curlicues in Simon’s melody and setting it against a lush bed of synths and clean electric guitar. The most striking section is the coda, in which the pair loop a single word—”Go”—and a descending guitar line over a four-on-the-floor pulse, departing from Simon’s folky composition entirely and ending up in the realm of narcotic slow-motion disco.

The Bullion compilation, the producer’s fourth effort in a series of covers albums, is called 4 Down. It also features Nautic covering Fleetwood Mac, M.T. Hadley covering Elliott Smith, and Bullion himself covering Bill Withers. It will be released October 18 via DEEK Recordings/PIAS. Hear “Kathy’s Song” below.

Westerman Is Making It on His Own