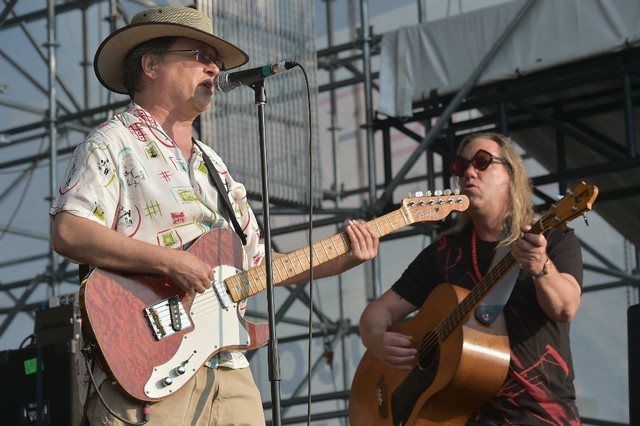 Violent Femmes’ “I’m Nothing” isn’t a new song per se, but the band has recorded a new version of the track with skateboarder and longtime Nike partner Stefan Janoski, which will be tied to a new shoe released as part of the company and Janoski’s famed SB line. Janoski adds vocals to a decidedly more aggressive rendition of the 25-year-old song.

“We’re kind of like jazz musicians or folk musicians,” bassist Brian Ritchie said in a statement. “We don’t really see the harm in revisiting a song or doing a new version. So here’s Stefan, coming from the outside and having such enthusiasm for ‘I’m Nothing,’ we thought it was a good time to revisit it and invited him to help out on the vocals. He was so enthusiastic about it, it was like he was floating on clouds while he was in the studio.”

The Violent Femmes say they were inspired to record a new version of the song, which first appeared on the band’s 1994 album New Times, after Janoski reached out to the folk-punk stalwarts with an idea for a Violent Femmes-themed Nike sneaker. According to the press release, the shoe will feature the words “I’m Nothing” written on the tongue in the skateboarder’s handwriting along with the words “Violent” and “Femmes” stitched on the left and right shoes, respectively.

“‘I’m Nothing’ explores the modern conundrum of people needing to attach labels to other human beings,” Ritchie said. “We refute that in human terms and also with our music.”