Jerry Foxhoven, the 66-year-old former director of Iowa’s Department of Human Services, loves Tupac. His appreciation for the late great rapper, it seems, is not a passing fancy, nor a begrudging acknowledgement of a few good songs or poetic lines at the behest of a grandchild, but a feeling that permeates every corner of his life. It is within the realm of possibility, in fact, that Foxhoven lost his job with the Iowa government because he loved Tupac too much, and was a little overzealous about spreading the good word.

Foxhoven’s story comes to us via Associated Press reporter Ryan J. Foley, who penned a story about the deposed official under the headline “Emails show Iowa official’s Tupac fixation before his ouster.” There were 350 pages of such communications, obtained by Foley via a request under Iowa’s open records law for all emails sent to and from Foxhoven on his government account that contained the words “Tupac” or “2pac.” Iowa Governor Kim Reynolds reportedly instructed Foxhoven to resign on June 17, one work day after the sexagenarian sent an email to all 4,300 employees of the agency, informing them that Tupac’s birthday was happening over the weekend, and urging them to mark the day by listening to one of his songs. Foley helpfully screenshotted the email on his Twitter account:

The director of @IowaDHS sent this email lauding Tupac to all 4,300 staff on Friday, June 14 – his latest missive in a quirky fixation with the late rapper. The governor told him to resign the next work day but won't say why https://t.co/2GIANXzbTZ pic.twitter.com/BmZqc53FPX 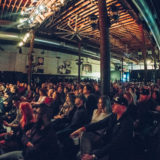 Why Des Moines Is the Funniest City in America

A spokesperson for the governor’s office did not confirm or deny to the AP that Foxhoven’s Tupac evangelism had to do with his firing, writing only that “a lot of factors contributed to the resignation of Jerry Foxhoven,” without elaborating about what those factors were. Without seeing the rest of the emails for ourselves, we have to rely on the AP’s summary of what the former director’s Shakur-related activities involved.

Foxhoven, 66, told employees that he had been a huge fan of the hip-hop artist for years. He hosted weekly “Tupac Fridays” to play his music in the office. He traded lyrics with employees and he marked his own 65th birthday with Shakur-themed cookies, including ones decorated with the words “Thug life.”

The agency released 350 pages of emails with the words “Tupac” or “2Pac” sent to and from Foxhoven during his two-year tenure in response to an AP request. They show that Foxhoven marked the anniversary of Shakur’s death, shared one of his lyrics about love on Valentine’s Day and used the rapper’s image to try to improve the agency’s culture. He told colleagues he was inspired by lyrics that included: “It’s time for us as a people to start makin’ some changes.”

Foley also tweeted an image of the cookies in question:

He celebrated his 65th birthday with these Tupac-themed cookies, my FOIA revealed pic.twitter.com/35K0HzJTUQ

At least one employee reportedly complained to lawmakers about Foxhoven’s ‘Pac fixation, which seems like an overreaction, but on the other hand, 350 pages is a lot of emails. Maybe the cookies were dry.