Donald Trump: “The Kidney Has a Very Special Place in the Heart” 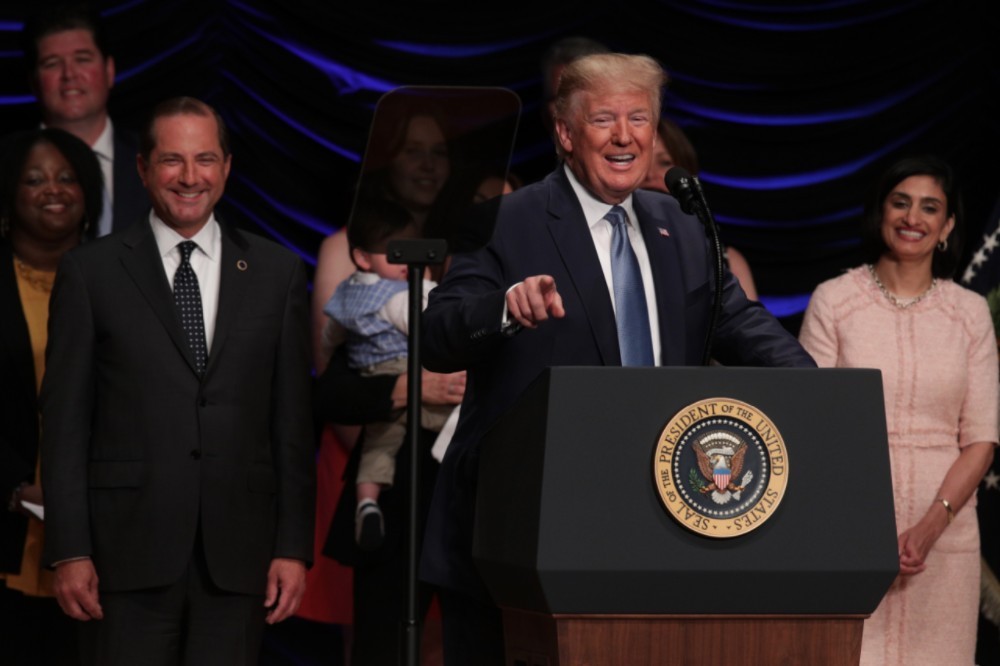 President Donald Trump isn’t at his best when he’s obligated to attend events that require him to be restrained and focused on something other than himself, as we’ve previously established. Today’s example concerns the president signing an executive order designed to revamp care for people suffering from kidney disease, and relieve the financial burden of spending time in dialysis centers in favor of home care and making it easier to get transplants. These are worthy goals, even if they are coming from the guy who tried to dismantle the Affordable Care Act several times, thus endangering people who would rely on Medicaid or private insurance to pay for their kidney-related care.

That said, toward the end of the signing ceremony, the president’s synapses seemed to stop firing, thus garbling his message.

“You’ve worked so hard on the kidney,” Trump said. “Very special … the kidney has a very special place in the heart.”

TRUMP: “You’ve worked so hard on the kidney. Very special — the kidney has a very special place in the heart. It’s an incredible thing.” pic.twitter.com/JLM3uCsO5u

There’s a familiar cadence to Trump’s statement beginning with the awkward phrasing of the kidney having a “very special place in the heart,” and the fact that he keeps talking around the importance of the organs without letting on that he knows what purpose they serve. The kidneys are kind of like the Frederick Douglass of the adrenal system, in the sense that they are organs that have “done an amazing job” and are “being recognized more and more.”

Of course, the sheer incoherence of most of Trump’s remarks can never be truly grasped until they are seen laid out in a transcript. With that in mind, CNN reporter Daniel Dale shared what the conclusion of the speech looked like in black and white:

Here’s how Trump ended his speech on kidney health: pic.twitter.com/0dESDNsCvO

We love the kidney, don’t we, folks?