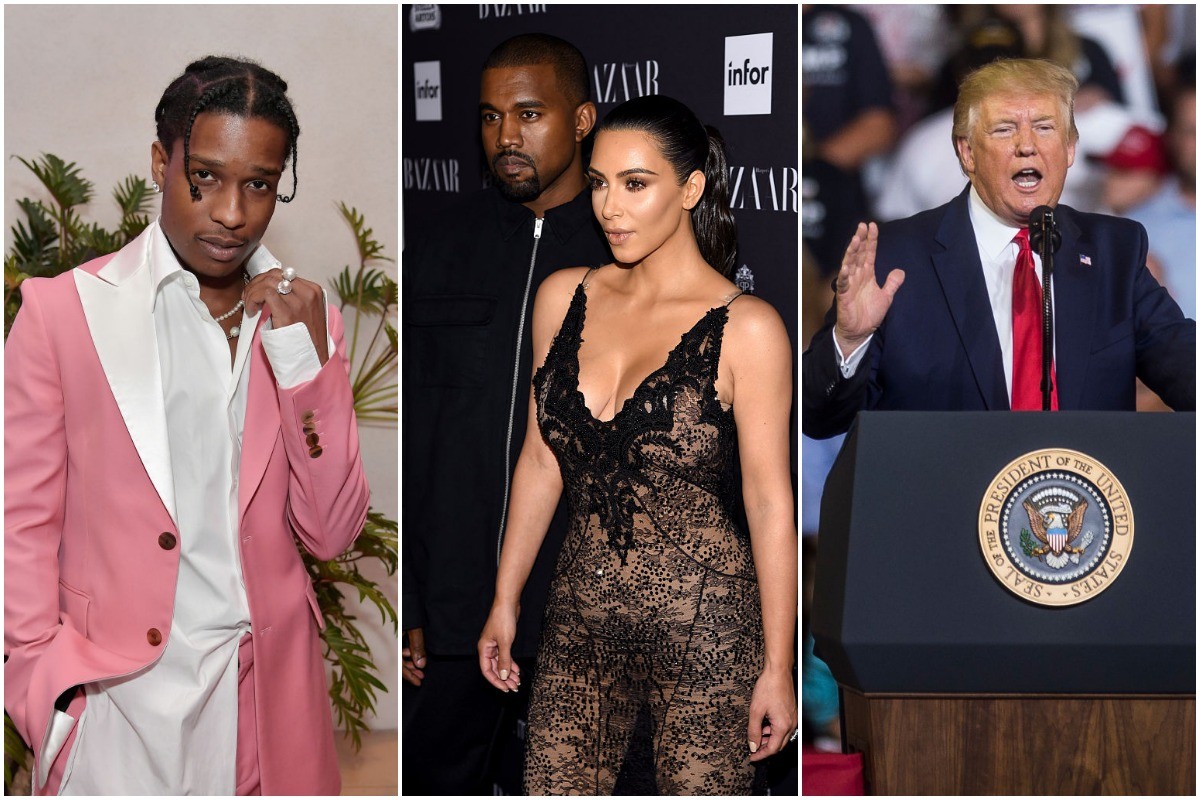 According to a new report from TMZ, Donald Trump’s administration is interceding to attempt to end A$AP Rocky’s imprisonment in Sweden after being lobbied to take action in the matter by Kanye West and Kim Kardashian West. The gossip site alleges that Jared Kushner briefed Trump on the rapper’s status after discussing it with Kim and Kanye. Trump then supposedly privately expressed his solidarity with Rocky’s cause and encouraged Secretary of State Mike Pompeo and the State Department to investigate the matter. TMZ claims that a State Department representative is expected to arrive in Sweden today to advocate for Rocky.

Last week, the State Department claimed in a statement to Spin that they were “actively monitoring” the rapper’s case, and told Politico on Sunday that aspects of Rocky’s tenuous legal situation abroad “raise[d] concerns.” This past weekend, the NYC rapper’s attorney Alan Jackson also told conservative radio show host Hugh Hewitt that Pompeo and Robert O’Brien, the Special Presidential Envoy For Hostage Affairs, had been briefed about the case.

Rocky has been held in pre-detention in Stockholm, awaiting possible assault charges, for over two weeks. The rapper was arrested for his role in an alleged brawl between a group of his friends and two men on June 30. Read our running timeline of the events in Rocky’s case here.