“Best played loud,” reads a brief disclaimer for ANIMA, a visual collaboration between Thom Yorke and Paul Thomas Anderson, released on Netflix in conjunction with the album of the same name, Yorke’s third proper solo offering. It’s good advice for taking in the short film, which finds the acclaimed director providing impressionistic narrative accompaniment to three of Yorke’s songs, using surreal visual effects and a team of loose-limbed modern dancers (choreographed to wonderfully uncanny effect by Damien Jalet) to elaborate on the isolation and yearning for meaningful connection that powers the music. “Best played loud,” would also be good advice for listening to the album itself. Without feeling the titanic sub-bass of opening track “Traffic” in your chest and limbs, experiencing its envelopment as a physical phenomenon as well as an auditory one, you’d be missing the point.

Yorke has been working with electronics, within Radiohead and as a solo artist, for more than two decades, ever since his band introduced their new album and new identity in 1997 with the chopped-up DJ Shadow-style breakbeats that opened OK Computer. But ANIMA is Yorke’s most holistic engagement yet with the aesthetics of club music, conveying its sentiments chiefly via unrelenting rhythm and overwhelming bodily sensation. His earlier solo releases were also crafted at the laptop, but their beats and basslines could often be seen as stylistic accoutrements to songs that were fairly easy to imagine Yorke performing at the piano or with a band. ANIMA reverses that dynamic, using only trace elements of Thom Yorke the art-pop songwriter to burnish tracks that take their compositional cues from techno and the contemporary classical music that Yorke explored in both his Suspiria score and Radiohead’s A Moon Shaped Pool. Yorke still reaches for heartrending melodies as a vocalist here, but more often he huddles in the gaps between drum machine hits, offering disjointed commentary without corporeal texture. He is a ghost of a human voice haunting spaces that people have otherwise abandoned, leaving them to the prevailing logic of machines.

The profound loneliness of the internet era has been Yorke’s great subject since the OK Computer days, but ANIMA is his most committed attempt yet to expressing that loneliness directly through sound itself, rather than through his songwriting. The result is one of the most challenging and unconventional albums in a discography filled with challenging and unconventional albums. ANIMA’s emotional resonances can be difficult to access, having little to do with verses and choruses. Instead, there are moments like the intro to “Traffic,” with snare hits creating a sense of cavernous space that abruptly collapses as their reverb disappears: the room suddenly feels smaller, but no less empty. Or the second half of “Twist,” when the initial song structure draws to a close, and a jerky two-stepping rhythm takes the fore, soon joined by a spectral arrangement of processed piano and strings, like a crumbling gothic edifice barely visible through heavy fog. It sounds like Burial, if Burial used long-dead Romantic-era symphonic composers, instead of rave DJs and R&B singers, to bring out his music’s sense of irrecoverable loss.

Yorke and his co-producer Nigel Godrich have fully assimilated the languages in which they are working, leaving ANIMA without a trace of the dilettantism that sometimes colors electronic music by rock musicians. “Impossible Knots” plays like a tribute in miniature to musicians in the U.K. and elsewhere who have used similar sounds (low end, repetition, negative space) to channel similar feelings—disorientation, dread, ecstasy—since long before Yorke fell under their thrall. Its fat, minor-key descending bass line could have been lifted straight from an Augustus Pablo tune, and its drum track is like a tiny fragment of a jungle breakbeat if it was sterilized and viewed under a microscope. Not since the New Orleans jazz elegy that closed Radiohead’s Amnesiac has Yorke played so openly with his influences. 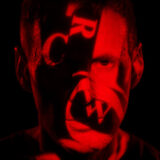 ANIMA’s engagement with electronic dance music serves a dual thematic purpose. The first is obvious: most of these sounds are generated by computers, an appropriately rigid and synthetic palette for an album about the confusion and loss of self that a life mediated by screens can easily bring about. (“Goddamn machinery, why don’t you speak to me?” Yorke mutters in one of the album’s few inelegant moments, to open the hair-raisingly dense Luddite fantasy “The Axe.”) The second purpose is subtler. By arranging these sounds into patterns that may drive your limbs into spontaneous motion—on tracks that, for all their icy remove, contain the suggestion of actual dancing—ANIMA offers one possible way out of the nightmare. It recognizes and makes use of dance music’s singular ability to remind you that you live in a body, and that it feels profoundly good to put your body next to lots of others, all moving in time to a single unifying pulse. The light of optimism shines most clearly on the gorgeous “Dawn Chorus.” It takes the form of a dreamy philosophical monologue, over synth chords that first pulse in strict mechanical rhythm, then fall into the unsteady patter of raindrops on concrete. “I think I missed something,” Yorke intones. “But I’m not sure what.”

The album’s only real misstep comes when Yorke briefly falters in his dedication to his aesthetic project, as on “I Am a Very Rude Person,” which sounds like an outtake from The Eraser or even Hail to the Thief—not such a bad thing on its own, but its relatively conventional structure breaks the spell of ANIMA as a whole, if only for a moment. (When the song starts, it sounds a bit like the Knife, suggesting the Swedish duo’s sprawling fourth album Shaking the Habitual as an antecedent for this album’s use of dance and avant-garde influences in freeform compositions that address the politics of alienation and how to escape it.) Likewise, the assaultive intro to “Not the News” is so thrilling that it’s almost a disappointment when Yorke begins singing, because it was working so well as an instrumental.

But these are momentary diversions. “Runwayaway,” ANIMA’s final track, is also its most adventurous, layering looped minimalist guitars, propulsive synthetic toms, and shimmering strings into an unsettling dreamlike collage. Yorke fragmentary mantras are processed through the same sort of robotic vocal filter he used on Radiohead’s “Pulk/Pull Revolving Doors,” the deeply strange Amnesiac interlude that was an early signal of his interest in electronic music as an end unto itself. On “Runwayaway,” he replaces that track’s churning primitivism with music that is richer but hardly any less baffling, revisiting the same territory but bringing along everything he’s learned about producing and orchestrating in the intervening years. His voice emerges from the din only occasionally, embodying the sound of ANIMA itself: half-man, half-machine, totally immersed in the beat.