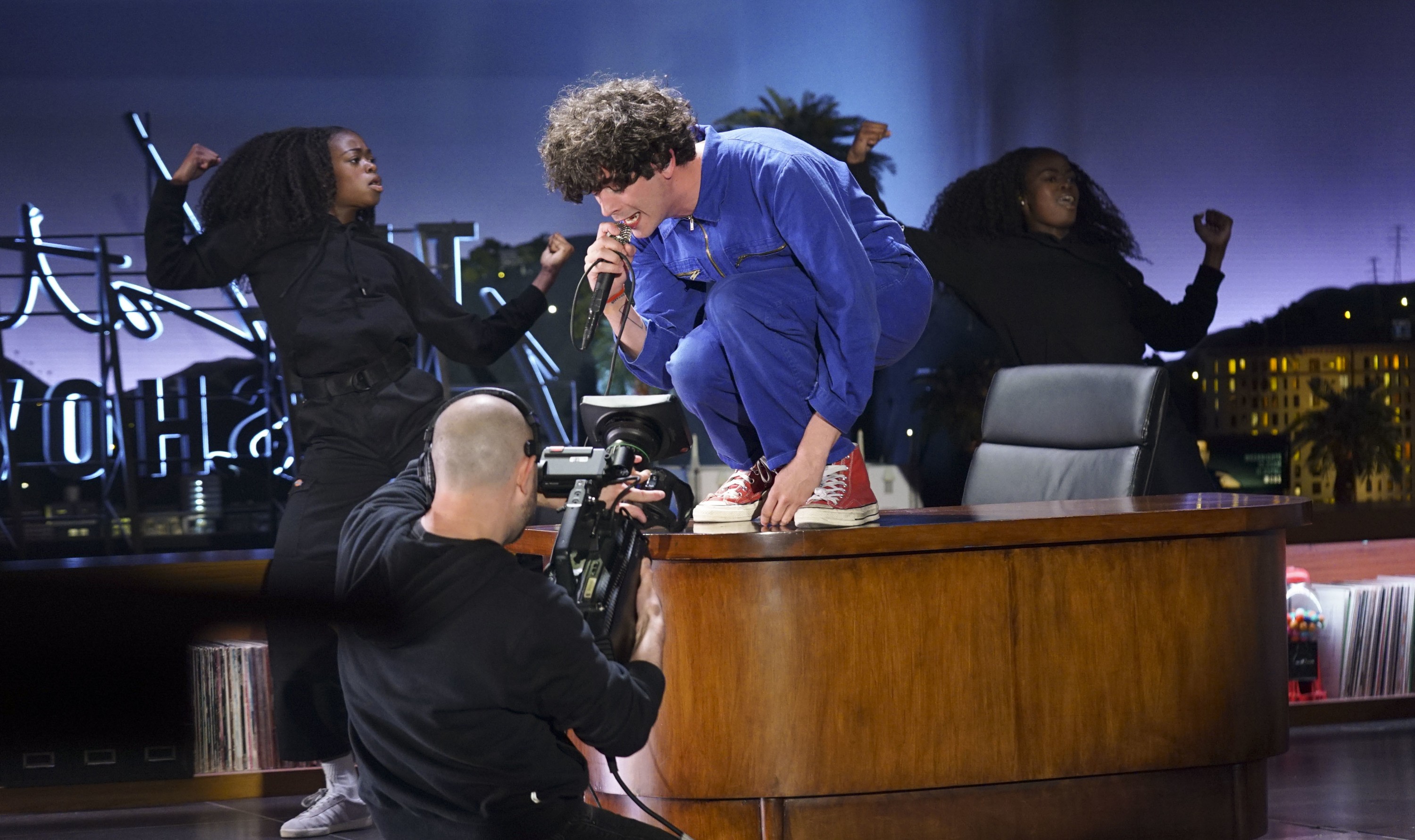 The 1975 gave a spirited and theatrical performance of their feral, heavily auto-tuned track “I Like America & America Likes Me” from A Brief Inquiry Into Online Relationships during an appearance on James Corden’s The Late Late Show on Monday, July 22.

Clad in a blue jumpsuit, Matty Healy tapped into his seemingly endless fount of energy by jumping on and off the show’s stage. He kicked back in Corden’s chair, then hopped on his host’s desk with backup dancers following behind him, and jumped on top of the drums.

The band last guested on the show in April, when they performed “It’s Not Livin’ (If It’s Not With You)” and sat down with Corden for an interview.

Earlier this month, The 1975 announced a small run of U.S. tour dates. They also performed at the Alabama festival Hangout Fest in May, where Healy spoke out about the abortion ban that had recently passed through the state’s legislature.

The UK group has been teasing their full-length followup to last year’s A Brief Inquiry Into Online Relationships, titled Notes for a Conditional Form, which is set to come out sometime before the end of the year.

Read our Spin Essential review of A Brief Inquiry Into Online Relationships, which we named our No. 1 album of 2018, here, and watch the band’s explosive performance on Corden below.