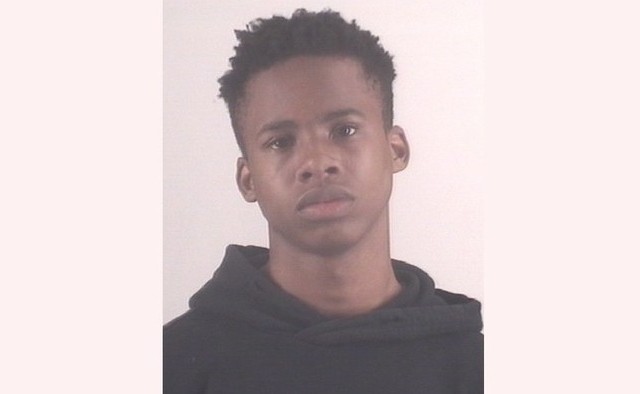 Tay-K, the prodigious Texas rapper born Taymor McIntyre, was sentenced to 55 years in prison on Tuesday after being convicted of murder in a trial that ended last Friday, July 19. Per the Fort Worth Star-Telegram, McIntyre also received a sentence of 30 years on one count of aggravated robbery and 13-year sentences on two separate charges of aggravated robbery, but the sentences will run concurrently. According to the Star-Telegram, the jury deliberated for three hours on Tuesday on sentencing.

The charges stem from the 2016 death of 21-year-old Ethan Walker, who was killed during a home invasion in which McIntyre was a participant. McIntyre pleaded guilty to the robbery charges but maintained his innocence on the murder count, saying he did not know that his co-conspirators were going to shoot Walker or his roommate Ethan Beloate, who was wounded but survived. Nonetheless, a jury found McIntyre guilty on the murder charge as an accessory; though McIntyre was 16 at the time of the crime, he was tried as an adult.

McIntyre—who, according to the Star-Telegram, will have to serve at least half of the 55-year sentence before being eligible for parole—is also still facing charges related to two other incidents that took place after the home invasion. In one, McIntyre is accused of robbing and murdering a 23-year-old photographer in the parking lot of a San Antonio Chick-Fil-A in 2017; in another, he is accused of robbing a 65-year-old man who was knocked unconscious. Both of those alleged crimes took place after McIntyre cut off an ankle bracelet that kept him under house arrest after Walker’s murder and went on the run, a situation that inspired his viral hit “The Race.”

After the verdict, Walker’s father addressed McIntyre’s involvement in his son’s death, saying, “I have tried to live a good life and I know hate is a very negative emotion but right now there are three people I hate. One is the planner, one is the person who pulled the trigger and one is the person who profited off of this and saw this as a career move. Every lyric to ‘The Race’ is stained with my son’s blood. Every ‘free Tay-K’ T-shirt that was ever sold has my son’s blood on it.”