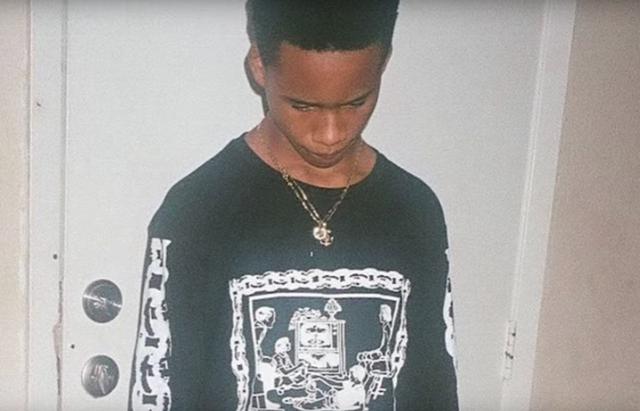 Rapper Tay-K has pleaded guilty to two counts of aggravated robbery and not guilty to a capital murder and another robbery charge in Texas court today, the Fort Worth Star-Telegram reports. In pleading guilty to the primary robbery counts, the rapper, who came to prominence through his viral rap song “The Race” in 2017, has established his presence at the crime scene of a 2016 home invasion in Mansfield, Texas, in which 21-year-old Ethan Walker was shot dead and his 19-year-old roommate Zachary Beloate was severely injured from a shot to the arm. The rapper was 16 at the time of the incident.

Defense attorney Jeff Kearney stated unequivocally that his client, whose real name is Taymor McIntyre, “accepted responsibility” for the robbery but was not complicit in the deadly shooting of Walker. The prosecution is arguing that McIntyre is responsible for recruiting three friends to help him carry out the robbery on behalf of three young women, one of whom was allegedly seeking revenge on Beloate. The state also claims that McIntyre and his alleged accomplices came armed and prepared for a potentially deadly fight after having been informed that firearms were present in the house where Walker and Beloate were staying.

McIntyre’s companion Latharian Merritt was found guilty of murder for Walker’s shooting and sentenced to life in prison in March of 2018; the other defendants in the case have also been found guilty or taken pleas in separate court proceedings. McIntyre is still awaiting trial for two other alleged crimes that occurred in Texas after the rapper escaped house arrest in March 2017: the shooting of a 23-year-old man in San Antonio that April and the assault and robbery of a 65-year-old man in Arlington. McIntyre has been incarcerated since July 2017, when he was arrested in New Jersey a month after the release of “The Race,” a song which chronicles his escape from the law, and its incriminating accompanying music video.