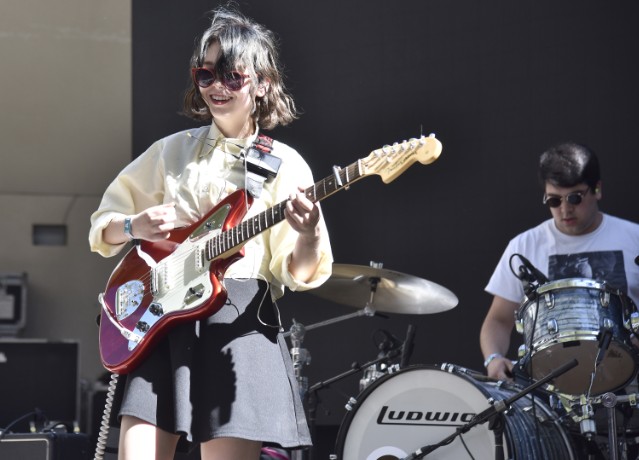 Snail Mail is set to play Pitchfork Music Festival later today and in the buildup to her set, vocalist Lindsey Jordan gave another performance at an after-show last night at Chicago’s Thalia Hall, as Stereogum points out.

In addition to performing favorites from her 2018 album Lush (which was incidentally one of our favorite albums of the year), Jordan was joined by Soccer Mommy songwriter Sophie Allison, who played a set of her own on Friday. Together, the duo covered the Goo Goo Dolls’ 1998 favorite “Iris.” The song has become a somewhat regular part of Jordan’s live sets, as she’s played it at two other sets so far.

Check out some fan-shot footage of their cover below and revisit our 2018 interview with Snail Mail and even more recent interview with Goo Goo Dolls.

Soccer Mommy’s “Circle the Drain” Is a Compelling Contradiction