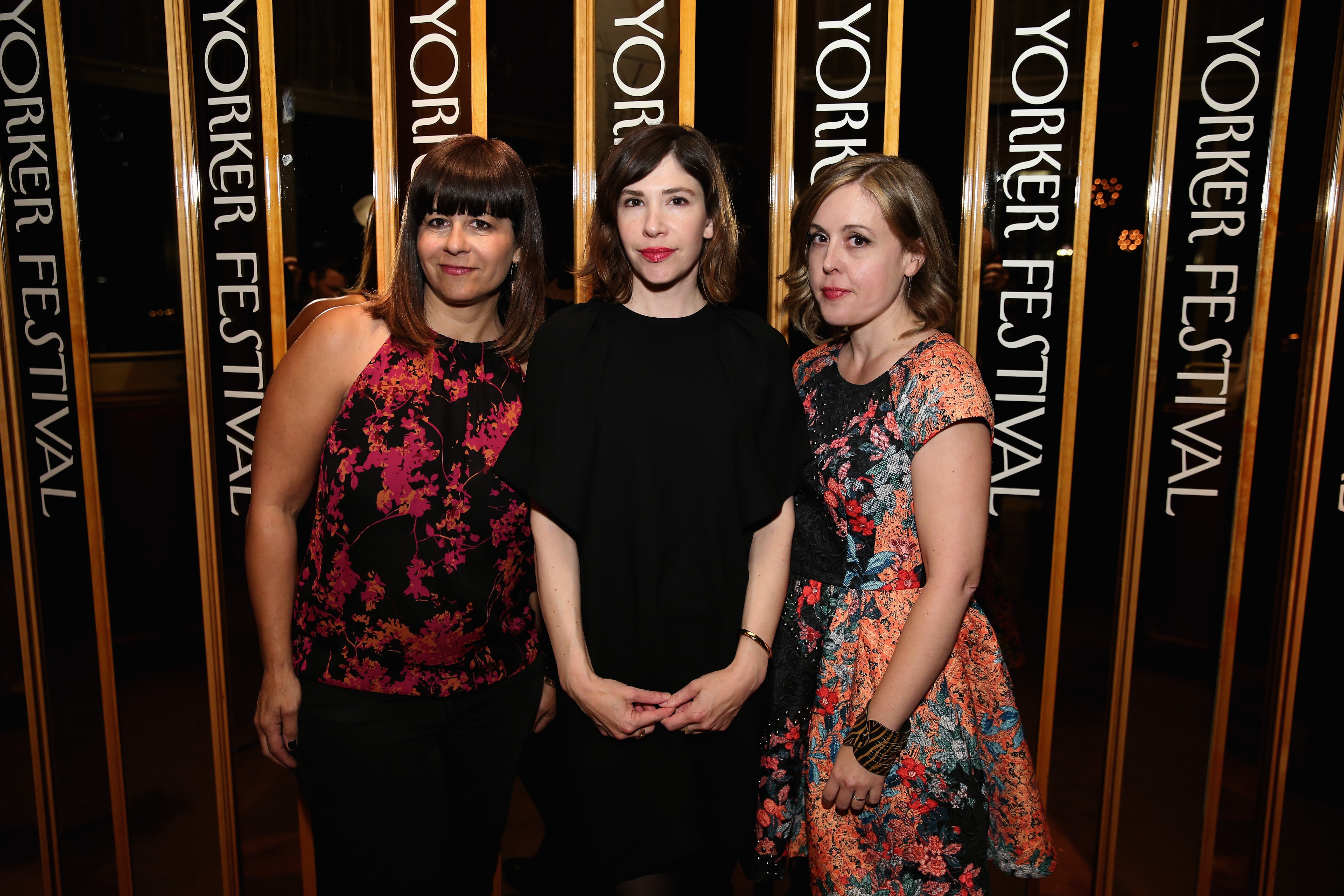 Sleater-Kinney are promoting their new album The Center Won’t Hold, which is expected to arrive next month. In the run up to its release, the band has had to deal with its share of controversy due to the sudden departure of drummer Janet Weiss and fan concerns about the St. Vincent-led production on the new record. While the remaining members have briefly addressed Weiss’ exit, they have mostly kept quiet about the ordeal.

In a new profile for The Guardian, Sleater-Kinney’s Corin Tucker and Carrie Brownstein share more insight about Weiss’ leaving with writer Laura Snapes. Before her first meeting with Brownstein and Tucker, Snapes was told that Weiss was “ill.”

In a subsequent discussion the day after Weiss’ departure was announced, Brownstein and Tucker admitted that the drummer hadn’t been sick and that her departure, as Snapes put it, had “happened very recently and suddenly and they didn’t know what was going on.” The two said that the band tried “band therapy” to resolve the issues with Weiss, and Brownstein said that she truly believed “everyone was really happy about the record.”

Later in the interview, Tucker and Brownstein said it was Weiss’ idea to work with St. Vincent on the new Sleater-Kinney album in response to speculation that the new sound may have driven a wedge between the members. They also said Weiss was involved in the St. Vincent trial period when the band was testing out different producers. Weiss didn’t return to the studio until the final two days of recording because “she was busy,” according to Brownstein.

The remaining members Sleater-Kinney maintain that there are no bad or hurt feelings between them and Weiss. “We want Janet to be happy and healthy,” Tucker said. “If someone’s not happy doing that job, it wouldn’t be good for any of us.”

Later, Brownstein said the new record was in part inspired after she heard  Rihanna’s 2012 ballad “Stay” on the radio and decided she wanted to write a song like it. This isn’t the first time Brownstein has looked to Rihanna as a muse; in 2011, as a member of Wild Flag, Brownstein told Rolling Stone how influential Rihanna was on their sound. “I came up with the melody for ‘Romance’ after a day of listening to Rihanna and Beyoncé, and then filtering it through my messed up post-punk filter,” Brownstein said at the time. Perhaps Rihanna should be the one to produce the next Sleater-Kinney album.