Who Won Night 2 of the Democratic Presidential Debate Round 2? 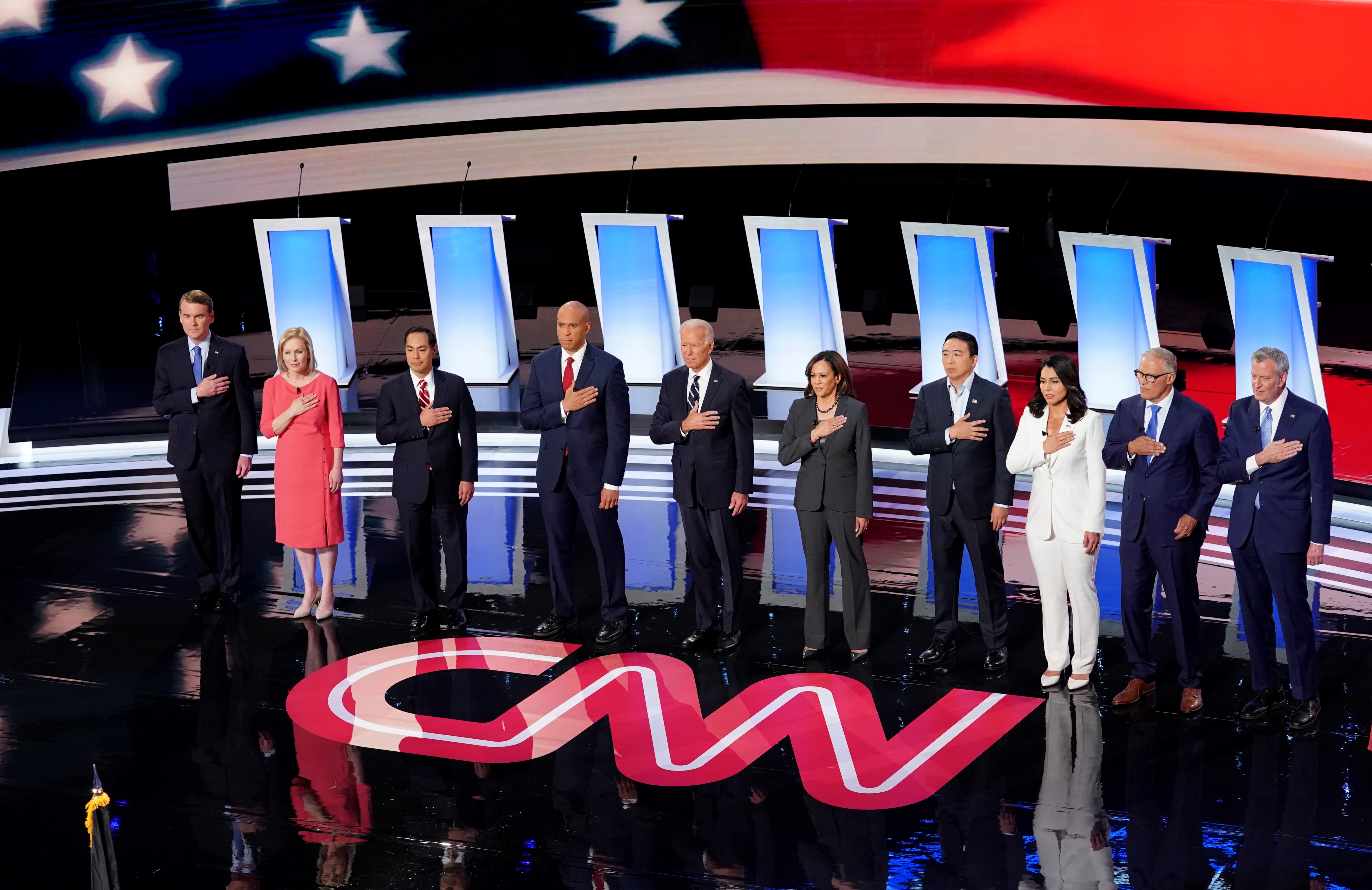 Round two of the Democratic presidential debate wrapped on Wednesday, July 31, with the much anticipated rematch of Joe Biden and Kamala Harris taking center stage. As expected, the former vice president and the senator from California traded barbs, and they did it from the get-go while discussing the first topic of the evening, healthcare.

As with Tuesday night, other hot topics included immigration, criminal justice, racism, the climate crisis, and the possibility of impeaching and prosecuting Donald Trump. What was new were the protestors who interrupted—not the moderators, for once!—the second night of the debate  starting during the candidates’ opening statements. Then there were the numerous attacks on the former veep by basically every candidate participating in Night 2. (For a minute-by-minute recap, read our live blog.)

Oh, and those other hopefuls who were up on stage getting their time cut off by moderators Jake Tapper, Don Lemon, and Dana Bash? They were Sen. Michael Bennet from Colorado; Sen. Cory Booker from New Jersey; Julian Castro, the Housing and Urban Development Secretary during the Obama Administration; New York’s Mayor Bill de Blasio; congresswoman Tulsi Gabbard of Hawaii; Sen. Kirsten Gillibrand of New York; Gov. Jay Inslee of Washington; and entrepreneur Andrew Yang.

Some of them showed new promise (EPA chief Inslee?), while others continued to falter (sorry, de Blasio). Which candidate do you feel stood out above the rest?